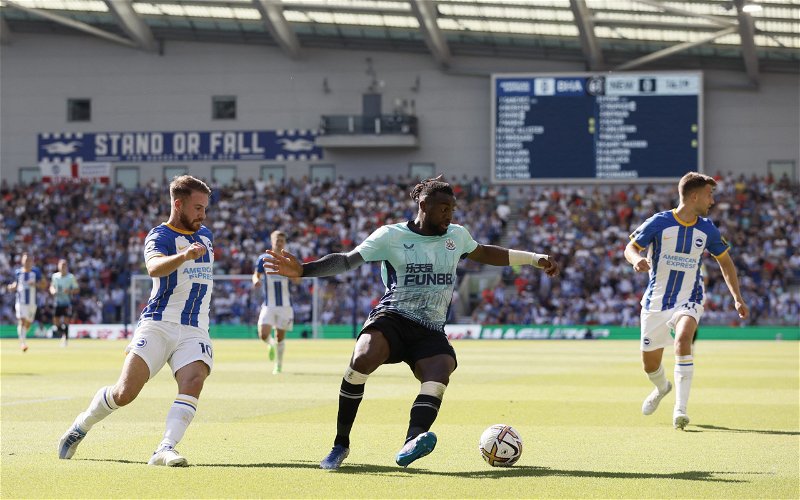 That is according to TalkSport reporter Alex Crook, who was speaking to GiveMeSport about the latest at Hotspur Way with just a few weeks of the transfer window remaining.

Back in July, The Athletic revealed that both Chelsea and Tottenham had made an enquiry to the Tyneside club about the possible availability of Saint-Maximin, with the Mail on Sunday reporting in April that Newcastle United were willing to part ways with the speedster for £50m.

However, when speaking in his latest CaughtOffside column, Fabrizio Romano was not convinced that the 25-year-old would be leaving Eddie Howe’s side this month, with the player being happy in Newcastle.

Meanwhile, Crook has said that Saint-Maximin is a player that Spurs “admire”.

“But he’s a fans’ favourite, they’d want a lot of money.”

We agree with Crook and believe that whilst Saint-Maximin would be an exciting addition for Antonio Conte’s side, he may cost the club an excessive amount of money which could be better off spent elsewhere.

The former France U21 international, who has been described as ‘breathtaking’ by Gary Neville, achieved an average SofaScore match rating of 6.94 for his Premier League performances last season, which ranked him fifth amongst the Newcastle squad, suggesting that whilst he is an exciting player, he may not possess the consistency that Conte requires.

Therefore, we think that the Lilywhites would likely be better off spending £50m on a more consistent and proven performer this summer.