Newcastle United: Jacobs claims Werner would rather take a pay cut than sign 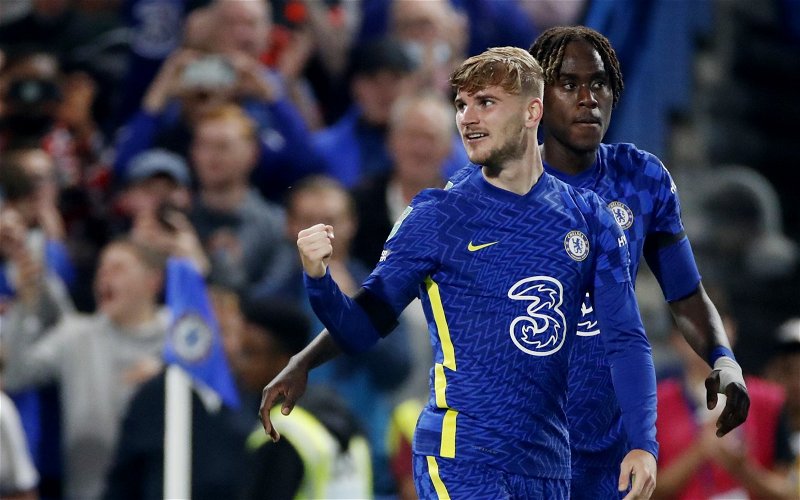 According to journalist, Ben Jacobs, Newcastle United target and Chelsea outcast, Timo Werner, would rather take a pay cut and return to his former side, Red Bull Leipzig, than sign with the Tyneside club.

The Magpies have been in hot pursuit of a new striker this summer, with links to the likes of Hugo Ekitike, Dominic Calvert-Lewin, Armando Broja, and now Chelsea outcast, Timo Werner.

However, in a recent interview with NUFC Matters, Jacobs claimed that the deal is unlikely as the German international would rather sign with his former club RB Leipzig and take a pay cut than sign with Newcastle this summer.

Jacobs told Steve Wraith, “I think [Timo] Werner to Newcastle, as I’ve always said is very unlikely. I don’t think that he’s open to that move to any great degree. And it might be different if Newcastle became the front runners or the only suitor but my understanding all along is that he’d rather take a pay cut and actually go back to Leipzig, so I think that is a more likely scenario”. (13:02)

So far this summer the Magpies have struggled to bring in a new striker to compete with Callum Wilson and Chris Wood, and it looks like this is only going to continue in their pursuit of Werner.

The German striker, who Frank Lampard hailed as a ‘weapon’, has struggled to find consistent form in the Premier League since he arrived at Chelsea back in 2020 and this could be a reason why he does not want to sign for Newcastle and prefers a move back to the Bundesliga, where he shone for Leipzig.

It is always disheartening when your club is rejected by the desired player, but in this instance, it feels like this could be for the best as Newcastle are desperate for a goalscorer, something that Werner has not proven he is since he joined Chelsea.

Werner has made 56 Premier League appearances for the Blues and has only managed 10 goals in this time, while he does have 13 assists and proved he can work well with another striker, this is not what the Magpies are looking for and they could spend their money better elsewhere.