Arsenal: No offer as of yet for Youri Tielemans

Arsenal have not yet made an offer to Leicester City for the potential transfer of Belgium midfielder Youri Tielemans.

That is according to Dean Jones, who was speaking to This is Futbol about the latest at the Emirates Stadium, heading into the final few weeks of the transfer window.

According to Football.London, Mikel Arteta’s side are prepared to wait until the summer to secure the signing of Tielemans on a free transfer, with the 25-year-old’s contract expiring at the King Power Stadium next summer. 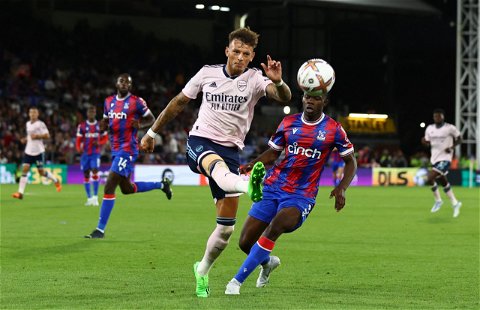 The same report suggests that the Gunners believe the Foxes’ demand of £32m for the 52-time Belgium international is way too high for that of a player who has less than a year remaining on his contract.

And Jones is “surprised” that Arsenal have not put in an offer for Tielemans, who has been described as “divine” by Jaquob Crooke, with the midfielder being “available at a reasonable fee.”

“At the moment, there’s no offer.

“I’m surprised because he’s there and available at a reasonable fee at the moment.

“And if you’re going to get it done, you probably want to do it before James Maddison leaves or if he does leave, because they’re not going to lose both of those players in the same window.

We think Arsenal fans will be caught in two minds over Jones’ comments, with fans undoubtedly wanting to secure the signing of Tielemans this summer, but they may be prepared to wait until the transfer window in 12 months time, when the Belgian is available on a free transfer.

According to SofaScore, the progressive midfielder ranked as the fourth best performing player for Brendan Rodgers’ side in the Premier League last season, coming in at an average rating of 7.08, suggesting that when given the chance he can be a solid performer on a regular basis.

Therefore, we think that Tielemans would be a solid addition for the club this summer, though it remains to be seen whether the club take their chances and wait to potentially snap him up on a free transfer next summer.