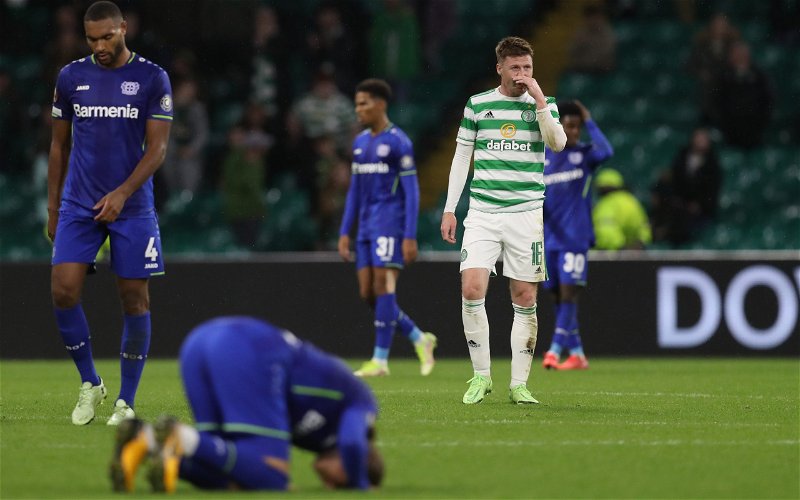 After 11 years in the Premier League McCarthy was snapped up by the Hoops on a free upon the expiry of his Crystal Palace contract.

The 31-year-old made 272 appearances in the top flight of English football between spells at Wigan, Everton and the Eagles but his playing time in the league in south London halved in the 2020/21 season and he headed north of the border.

However, it hasn’t been the dream move the boyhood fan would have envisioned featuring just 22 times for the club and making just two Scottish Premiership starts since October.

“James McCarthy hasn’t really worked out as maybe he would have hoped and when you watch him play you don’t really see where he fits into the way that Ange Postecoglou plays.

“He slows the game down a lot, he seemed quite off the pace in a lot of the games that he came on in, although that happens if you’re playing regularly and not match fit.”

TIF Thoughts on McCarthy and Celtic…

A key feature of Celtic’s change in fortunes last season was Ange Postecgolou’s ability to strike gold with almost all of his transfers with McCarthy perhaps the outlier.

Nonetheless, as an experienced 42-cap Republic of Ireland international, you would expect him to bounce back.

His club form has impacted his national selection too with him not representing Ireland in almost two years but with seasoned veterans at Parkhead Nir Bitton and Tom Rogic both departing there is a bit more room for manoeuvre within that midfield and with a full pre-season at the club he could work his way into Ange’s thinking having arrived last August with the campaign already well underway.