Tottenham Hotspur defender Ben Davies has been pictured wearing a protective boot after being forced off in a recent friendly against Sevilla.

Davies was forced off after an awkward landing saw the Welshman struggle on with what appears to be an ankle issue. The extent of the injury remains unknown, but Conte did comment on the knock in his post-match press conference. 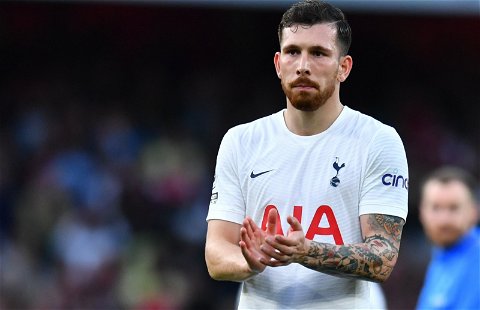 The Spurs boss said, via Football London: “Ben finished the game with a bit of pain in his ankle. Honestly I hope that’s nothing serious. The rest of the team is okay.”

Next up for Spurs in pre-season is a game against Rangers on July 23. Considering the fact that Davies has been pictured wearing a protective boot, the Welshman could not only be a doubt for the trip to Ibrox but for the Premier League opener in August.

Davies has under a month to get back to full fitness for the start of the Premier League season, which sees Spurs square off against Southampton at home. By the time that game arrives, Conte will be hoping to see a squad fit and raring to go in what could be an incredibly successful season, given the club’s summer business.

Among that business is Clement Lenglet, who could be forced to step in if Davies’ absence is a lengthy one. The Frenchman, signed on loan from Barcelona, could have the opportunity to take Davies’ starting spot in his absence, and become a permanent feature under Conte next season at the Tottenham Hotspur Stadium.

However, the Welshman has established himself as a key figure in Conte’s XI and impressed massively last season which will leave this image as a major concern to those at Spurs.