Tottenham Hotspur still have South Korean centre-back Kim Min-jae on their radar ahead of this summer’s transfer window.

And reliable Spurs journalist Alasdair Gold has suggested on his YouTube channel that the Lilywhites could make a move if they fail to land their top targets.

Reports suggest there may well be a number of defenders ahead of the 25-year-old on Tottenham’s wishlist this summer, with Alessandro Bastoni, Josko Gvardiol and Gleison Bremer believed to be the top targets. 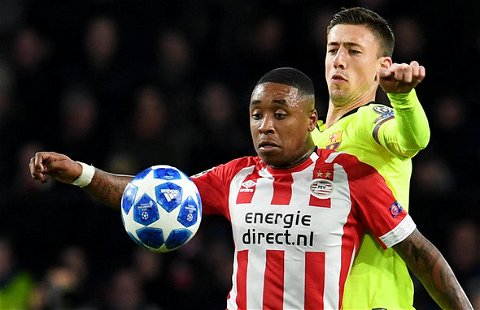 It is felt circumstances are working in Tottenham’s favour as they hope to play on the Inter’s financial difficulties to push Bastoni out of the San Siro.

However, the three centre-backs will all come with their own challenges in trying to bring them to north London this summer, and Gold believes this is why the South Korean may still be on their radar.

He said: “With Kim Min-jae, I understand there is some interest still there from Spurs, but I don’t believe he’s up there on that list. He’s a player that they’ve been tracking and keeping an eye on.

“I’d say that if Spurs were to move for him later in the window, again, it’s because other stuff hasn’t worked out or the deal was just so good they thought as an extra backup, why not? But yeah, I don’t think he’s as high up on the list as maybe some people would hope.”

Going by Gold’s comments, it does feel as if a lot would have to go wrong in this summer’s window for Spurs to feel they need to turn their attention to the £12.6m-rated South Korean.

Do you expect Spurs to land Bastoni?

The 25-year-old – nicknamed ‘the Monster‘ – has been linked with a potential move to north London for a number of years now, but has since made a move to Fenerbahce for £2.7m.

Although a move for the South Korean feels unlikely this summer, it would feel like a hugely underwhelming move having been linked with the likes of Bastoni and Gvardiol.

Min-jae is still yet to establish himself in one of Europe’s top leagues and he would, therefore, surely only provide squad depth to Antonio Conte’s side.