Dean Jones has revealed that West Ham United will be looking outside of England when it comes to incomings at the club this summer.

There were no signings made by the London Stadium officials in January although the club did attempt to bring in Benfica striker Darwin Nunez for a record fee and Marseille centre-back Duje Caleta-Car.

Both players would have bolstered the ranks at either end of the pitch for David Moyes’ side who have had injury trouble of late especially at centre-back and with Michail Antonio continuing as their only senior striker for almost 18 months since Sebastian Haller’s departure.

It is likely that the executives of the east London club will be busy in the upcoming window after a lack of activity during the winter and Jones has revealed that the head of recruitment Rob Newman will be targeting deals across Europe that offer better value-for-money.

“I know that West Ham do feel like there’s better value to be had, in terms of both fees and wages in France certainly, and possibly in some of the other leagues across the continent, too. And that’s where I think they’ll look first.”

Can West Ham make the top four next season? 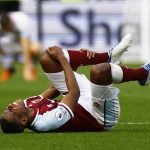 It remains to be seen what sort of budget Moyes will be allocated come the end of the season but with the team set for another campaign in Europe by virtue of their current league position of seventh and a possible Europa League triumph, their squad will need to be reinforcing.

Targeting the likes of Jordan Pickford or Nick Pope to replace Lukasz Fabianski would be advised if either of those goalkeeper’s current teams were to be relegated but in terms of other positions and considering the money that has been thrown around in the Premier League in recent years between clubs, perhaps Newman’s approach is a shrewd one.

AND in other news, In demand: West Ham now expected to push for 21 y/o amid ‘interest’ – journalist