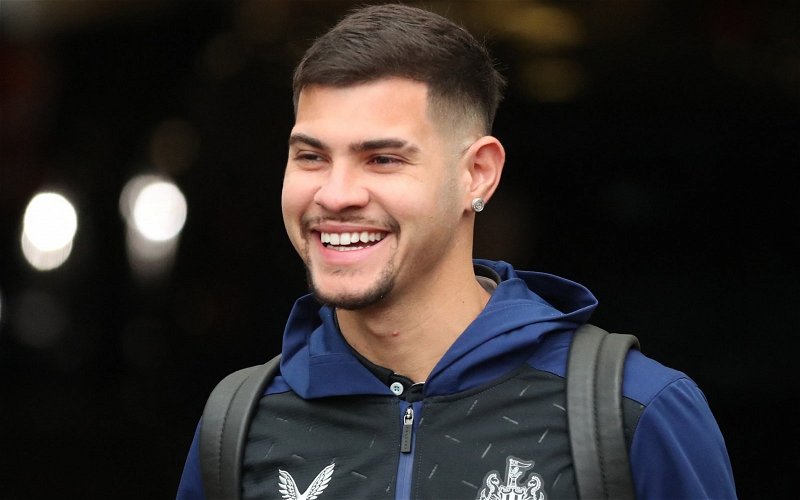 Newcastle United have pulled themselves away from the relegation battle in recent months and have managed to climb into the top half of the Premier League table.

A key component of their revival is Bruno Guimaraes who was a January signing and has been rewarded recently with his performances in April.

Will Newcastle qualify for Europe next season?

The Magpies have won four games from six last month, with Guimaraes scoring on three occasions and assisting another, so he is clearly at the top of his game, being nominated for the Premier League Player of the Month for April.

The Brazilian midfielder was voted as the official Newcastle United Player of the Month on Saturday morning, with him taking to Instagram to show his delight at the award: 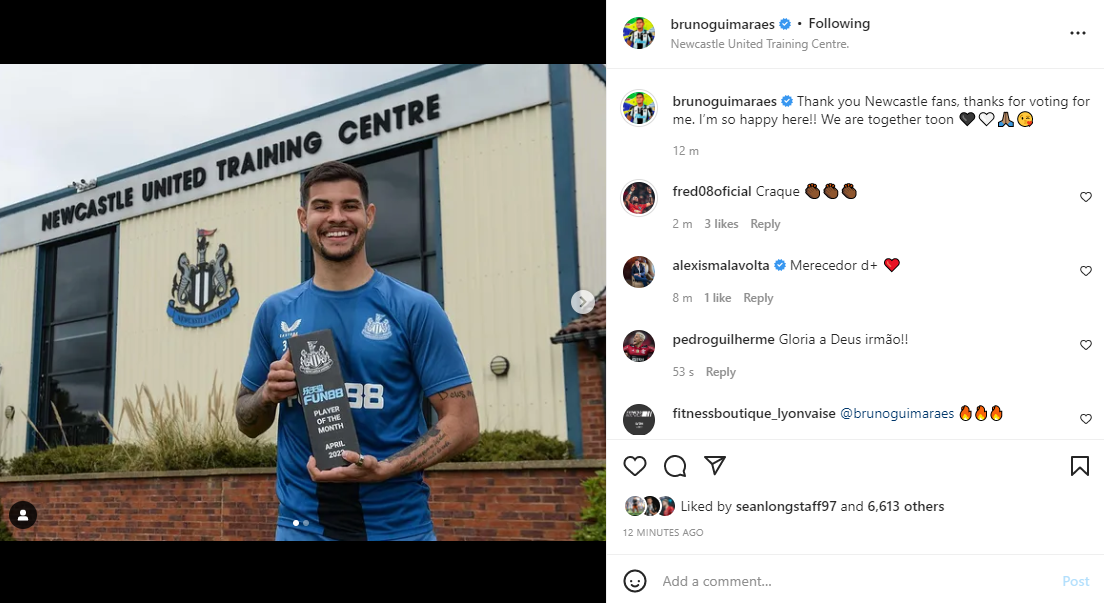 For him to say ‘I’m so happy here!! We are together Toon’ will be music to the ears of the Newcastle supporters as they look to move forward under Eddie Howe and PIF.

He only arrived in January but already has 14 appearances under his belt in the Premier League for the Magpies, so he has clearly been important to them in recent weeks.

Also, his April record mentioned earlier shows just how good he is playing, so for him to be so happy at St James’ Park will be exactly what the fans want to hear.

In other news, NUFC fans will love Kieran Trippier’s update