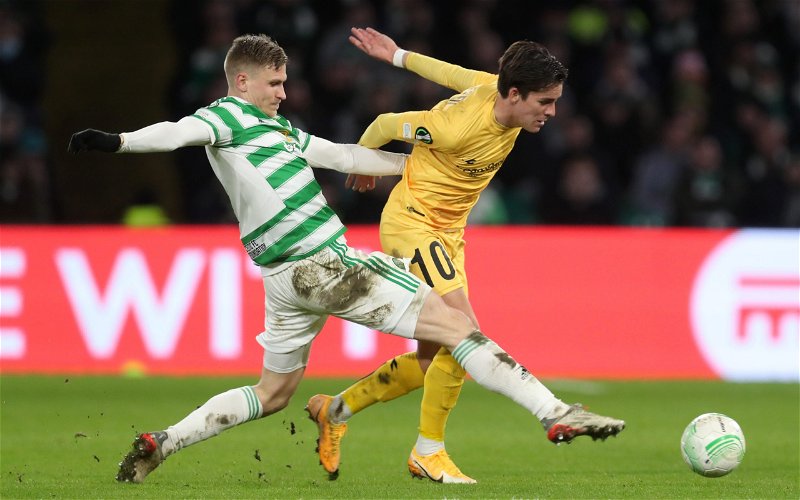 Journalist Sacha Pisani has praised the influence of Carl Starfelt at Celtic since he made the move to Scotland last summer.

The Sweden international transferred to Celtic Park from Russian side Rubin Kazan last July for a fee of £4m. This campaign, he has played an important role for Ange Postecoglou’s side, appearing in 30 Scottish Premiership games and 45 matches in all competitions.

Writing on Twitter, Pisani praised the influence of the £3.6m-valued 26-year-old on the Bhoys, writing, “Starfelt really has been a terrific signing for Celtic. Crucial to how Ange wants to play.

It has not been a journey without obstacles for Starfelt at Celtic. Initially after his move, he came under criticism from the club’s supporters, with many questioning whether he had what it took to make it. However, he appears to have emerged through the storm, and is now someone Postecoglou can rely on.

Have you been impressed with Starfelt?

The Australian manager has lauded his recent form, calling him “outstanding” while also acknowledging his difficult start to life in Scotland. His presence has contributed to Celtic’s defensive improvement – the Bhoys conceded 29 goals in 38 league games last season, compared to 19 with just four matches left this time around. At 26, he should be around for a long time, and will surely only improve as he becomes even more settled at Parkhead.