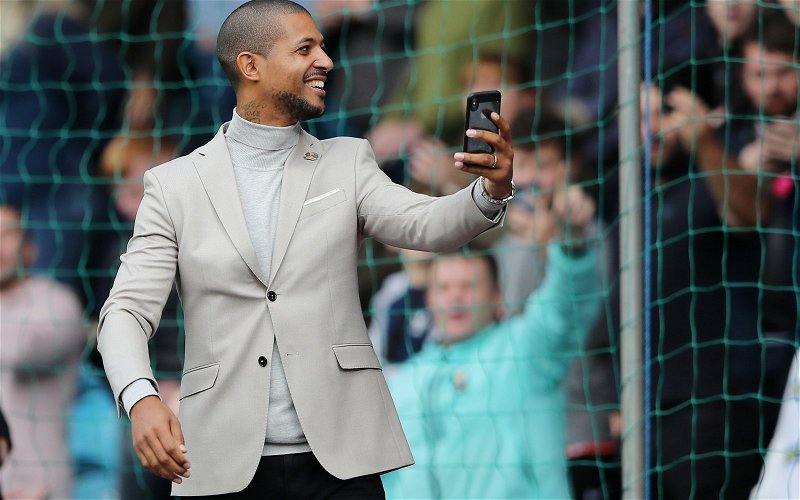 Sky Sports pundit Jermaine Beckford has revealed what it takes to become the manager at Elland Road after a conversation with club owner Andrea Radrizzani.

The decision to sack the Championship-conquering Marcelo Bielsa, who stole the heart of those in Yorkshire, came as a shock to Leeds supporters when it was announced back in February but they were facing the threat of relegation back to the second tier/

Former RB Leipzig head coach Jesse Marsch was quickly drafted in to steer United to safety and they are currently five points above the bottom three with five games remaining.

The bold decision appears to be paying off for executives at Thorp Arch and Beckford gave Premier League Productions (25/04/22 at 7:15 pm) (via HITC) his view on the appointment:

“Well, I was talking to Andrea Radrizzani and a couple of the chief executives at the club about what it takes to become a manager of Leeds United

“You have to look at all these different things that go hand-in-hand in becoming the manager.

“Making sure everything aligns well. That’s exactly what he did there. Defensively, you could tell straight away that was one of the major issues and that the first thing he decided to sort out.”

If Leeds were to stay afloat in the Premier League then we could well see some investment in the summer.

Bielsa had to make do with a small squad and with rumours surrounding the future of star players Raphinha and Kalvin Phillips, the American in the dugout may look to recruit prior to his first full campaign.

From Beckford’s revelations, it appears as if those at the top of the Leeds hierarchy headhunted Marsch but it remains to be seen whether he will receive their financial backing in the upcoming transfer window.

After a top-half finish in their first season back in the top flight last year and safety almost secured this term, dipping into the transfer market could be what is needed to retain their status as a Premier League mainstay especially if they were to lose their most valuable assets.

AND in other news, pundit highlights Leeds outcast who deserves more game time