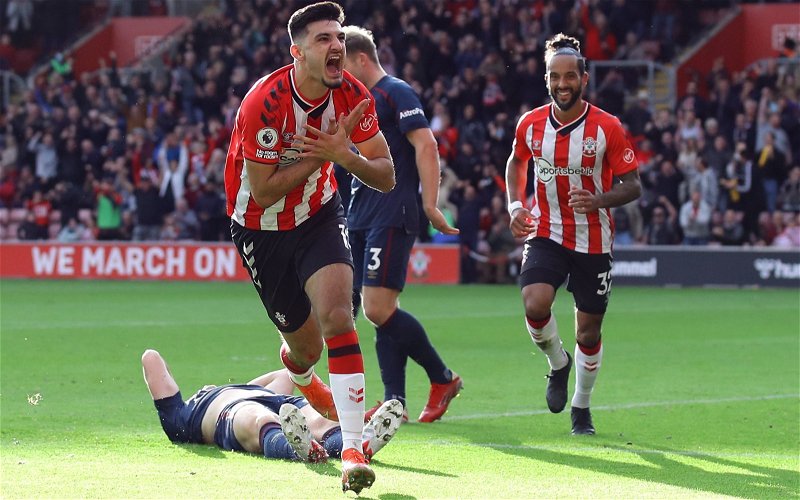 It has been claimed that the youngster has been catching the eye of many clubs in the Premier League during his current loan spell – including the Hammers.

At the beginning of the season, Southampton managed to tempt the Chelsea man to join their club on a season-long loan deal. Since then, things have gone pretty well for the 20-year-old, who has managed to score seven goals in all competitions.

That quality has apparently alerted David Moyes and co, and could well lead to the Hammers making an offer in the near future.

Indeed, when speaking on The West Ham Way podcast, Ex explained that the east London outfit ‘are interested’ and now seem likely to make an enquiry about the player’s availability. 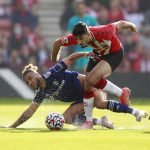 He said: “He’s been on loan at Southampton since the start of the season, he’s done well, I think he’s scored seven goals for them – five in the league and two in the cup.

“And he looks a decent player. So, rightly so, West Ham are interested. Why would West Ham not be interested in this player? It’s obvious: he fits the age, he fits the fact he’s proven in England. He’s homegrown as well, which is an important thing.

“And he’s obviously, like, kind of available because he’s been on loan at Southampton. So that looks good, and West Ham will probably enquire about him, I’m not denying that.

“Where the problems lay are that he is on loan at Southampton and Southampton want to sign him. Southampton are looking to bring him in on a permanent deal.”

Of course, as Ex mentions, one of the key issues in trying to make this deal happen in January is the fact that Broja has already committed himself to Southampton for the season.

However, there is always the chance that Chelsea could call him back early in order to then sell the player to West Ham if they felt it was worth it financially – though it remains to be seen whether or not such an option would be viable, depending on what was agreed in Broja’s initial loan contract with the Saints.

Either way, at just 20 years of age, the young forward certainly looks to be a real prospect for the future. Even if he is not signed this winter, perhaps West Ham will make a move for him later on, after his time with Southampton has come to an end.