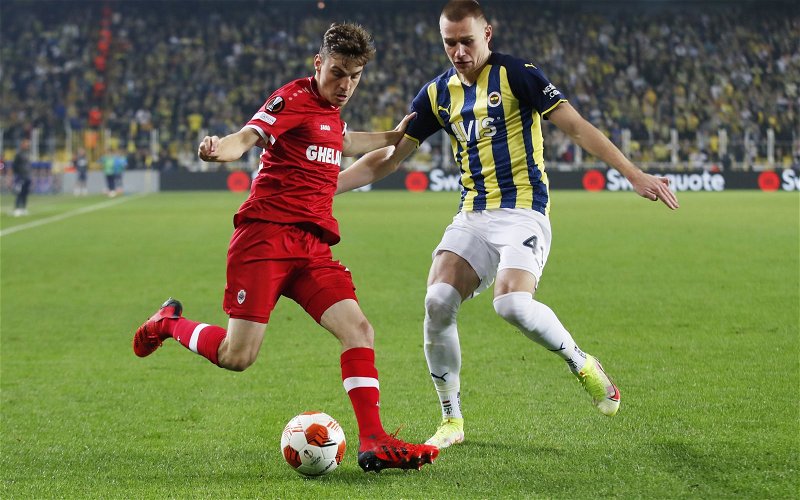 Sky Sports journalist Dharmesh Sheth has provided some details on West Ham United and their pursuit of defender Attila Szalai.

West Ham United, having made a huge step forward last season under David Moyes, have carried on their impressive form and currently sit 4th in the Premier League table as we enter the second half of the campaign.

However, with the race for a top-four spot set to be a tough one this year, they will need all the help they can get in order to get themselves over the line. And ending the week having conceded more goals than anyone inside the top nine with 30, defence would be a natural position for them to look to strengthen.

Speaking on Sky Sports News’ The Transfer Show, Sheth discussed the fact that there were a number of clubs that were looking to sign Szalai, before divulging a little bit more about his skillset and just how much it might cost West Ham United to bring the Hungarian on board.

He said: “The Fenerbahce and Hungary defender Attila Szalai attracting interest from the Premier League and Serie A. We’ve been told that West Ham United and Newcastle United are looking at him, AC Milan are looking at him – all three clubs in the market for a central defender.

“Last month, actually the Hungary manager Marco Rossi said that he believes Szalai was going to join Chelsea in this transfer window. We still think that there might be a tentative interest there.

“What do we know about Szalai? 23 years old, his contract at Fenerbahce runs until 2025, and it’s thought it would take around €15m-€20m to sign him. He played every minute of Hungary’s Euro 2020 campaign and he’s a left-footed central defender, which a lot of clubs in world football are after.”

Szalai is a name that has been linked with West Ham since the summer window, and based on Sheth’s description of the situation, it seems as though the Hammers will be lucky to get a deal over the line based on the clubs that are after him and what he can offer.

But if West Ham are to get him, then now is the optimum time to do so, because their stock is arguably the highest that it could be, especially with Champions League football still a possibility at this stage.

Szalai could yet be the man to get them over the line either domestically or through the Europa League, and if West Ham can sell him that idea, then they might just be able to grab him ahead of the other clubs that appear to be circling for his signature.