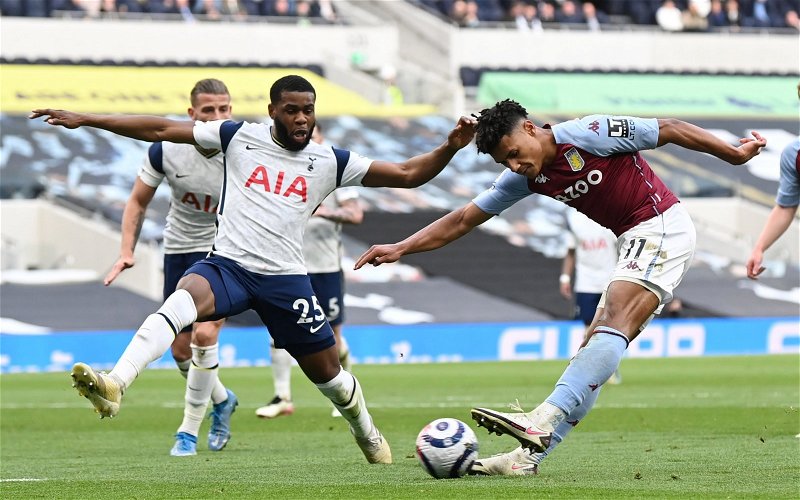 Tottenham Hotspur fans have been reacting to the news that AC Milan are keen on securing the services of Japhet Tanganga on loan in January.

The news was reported by journalist Daniele Longo who claimed that contact was made over two weeks ago, with Spurs favouring a permanent move for around £25m.

What should Spurs do with Tanganga?

Despite there being a clear gulf between what both parties are after, Longo did confirm that talks would continue and therefore conveying that the potential move wasn’t off just yet and could still happen.

When the news started doing the rounds on Spurs news pages on Twitter, the fans flocked to the comments to show their thoughts on the move.

What the Tottenham fans said

“Really don’t want him to go, he needs a proper settled run in the side.” @tcyido1882

“A loan I can handle, but I’d cry actual tears if they sold him.” @bkarimoore

“There’s no need to sell him that’s ridiculous, him going out on loan should be the only option!” @TottyBlunt3000

“Seems extremely nearsighted not to give him a spell on loan and see if he progresses and rises to the challenge #COYS.” @2LilDfuffs

“Loan him with an option to buy. If he comes good don’t sell!” @13tapps

“I don’t understand the harm in a loan. He clearly needs to be playing to improve.” @BRob211216

Spurs are asking for almost double his current value according to TransferMarkt, so you’d be surprised if AC Milan meet that valuation. Especially when you consider they want a loan move rather than a permanent switch.

He’s still relatively young and is a homegrown player which is always a bonus so it’d be a mistake if Spurs were to let him go (unless an irresistible offer comes in), even more so with the potential for Covid absentees meaning the squad could be stretched at times.

In other news, Spurs fans react to Lloris’ comments