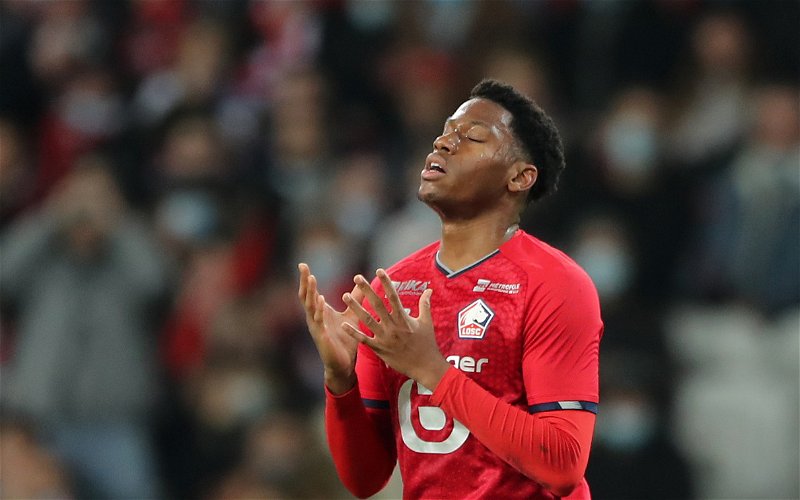 A whole host of Tottenham Hotspur fans on Twitter are in love with this latest transfer claim surrounding Jonathan David.

Over the summer Tottenham Hotspur were not able to recruit a suitable backup striker to Harry Kane after they decided not to take up the option to buy which was in Carlos Vinicius’ loan deal agreement.

This has led to Tottenham having to once again depend on their talisman striker but with the England international not on top form this season, the need for a striker has become even more clear, but the board may finally be moving to fix that issue with Matthew Scianitti reporting that Spurs have enquired over the availably of David.

A lot of Spurs fans on Twitter are buzzing to be linked with the Lille striker.

“Yes a good back up to kane and a very good player poeple no because of french league havent seen him play we need a striker so I go all out for him.or that young kid from club brugge”

“this would be massive signing. 1% chance we actually get him tho”

“This could be massive”

“Doubt we’ll actually pay for him but damn that , would be a fantastic signing”

It would surely require a huge offer for Lille to even consider selling their number one striker as they are pushing for a European spot, while they are still in the Europa League.

And, with David having netted 12 league goals, and the next closest to him being Burak Yilmaz with four, the Canadian’s departure would see them lose almost all of their goal threat.

In other news: ‘Conte starting to flex his muscles’ – Many Spurs fans buzz over David Ornstein’s ‘great news’