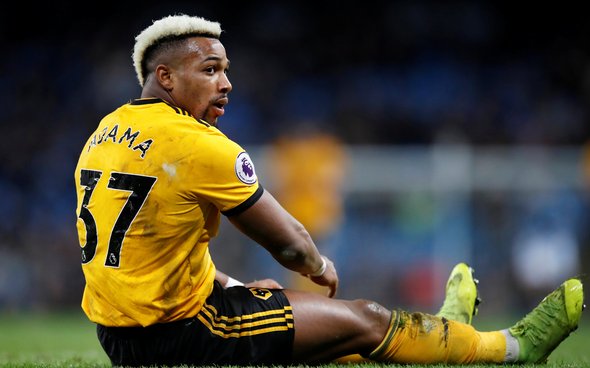 Tottenham Hotspur correspondent Alasdair Gold has been speaking on his latest YouTube video to discuss the club’s interest in Adama Traore.

It is believed Spurs are looking to add a new right wing-back to their squad this month, and Antonio Conte is keen for that player to be the Wolverhampton Wanderers ace.

Do you think Traore would succeed under Conte? 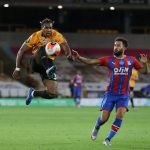 Having been heavily linked with the Spanish winger over the summer, Gold believes Spurs are now ready to make their push for Traore this month.

The Wolves ace started on the weekend in their FA Cup clash against Sheffield United, but only lasted 68 minutes of their 3-0 victory, consequently leaving him cup-tied if he does move this month.

And with his game time taking a hit this season under Bruno Lage, Gold had the following to say on whether Spurs fans can expect to see Traore in N17 later this month.

“I’m led to believe Spurs are going to have a go, they’re going to try. Again, I totally understand and probably agree with anyone saying, ‘why hasn’t it happened by now?’ I agree.

“And I also feel like he’s being brought in to be a wing-back. But I think with [Heung-min] Son’s injury, if they could get him in sooner, I know you’d more likely see him take on Sonny’s position, probably, in that team.”

The reports have suggested Conte is looking at Traore as a potential answer to his issues at right wing-back, with Emerson Royal struggling to provide assists during his early days in north London.

However, we have a lot of concerns over whether the Spaniard could be a success in that position given he has typically played an attack-minded role with Wolves.

There are obvious question marks over his output in front of goal, with no goals or assists so far this season across all competitions, but we wonder how he will fare defensively.

Reports suggest it would take a bid in the region of £20m for the 25-year-old, however, given it is an unknown how Traore will adapt to the wing-back role, we think Spurs would be better off investing further in someone more proven in that position.