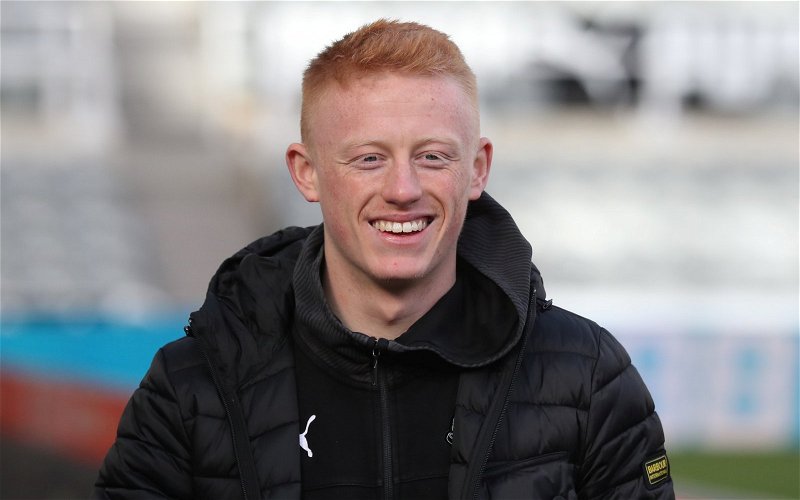 Many Newcastle United fans will be gearing up for a hectic transfer window, with two players already through the door…albeit two loan players returning.

Matty Longstaff and Rodrigo Vilca have now left Aberdeen and Doncaster Rovers respectively to link back up with the St James’ Park outfit.

Not the transfer news the fans are after currently, given the latest developments suggesting that Kieran Trippier’s arrival on Tyneside is imminent.

The club shared the news on Twitter about the returning players, with the fans excited in the comments.

What the Newcastle fans said

“Class, get Matty back in the squad.” @LiamDavison12

“Welcome back Matty, should never have gone out on loan.” @NUFCKay

“”I’d like to see them play under Howe!! Also, announce Trippier!!” @bethmann99

“Great to see Matty back but announce Trippier now.” @Vignesh___98

It’s been an interesting loan spell for Longstaff. He’s only made five appearances, not completing the full 90 minutes once. Towards the end of the loan he hasn’t even been in the squad (not injured) which will be a concern.

On the other hand, Vilca has two goals and two assists for Doncaster in his 13 appearances. Although not the worst return for a youngster, the Peruvian has also been absent from a string of matchday squads.

While not impressive records by any stretch, the fans seem glad to see them back. Not a surprise when depth is like gold dust at the moment with the amount of Covid absentees possible.

In other news, Belotti to Newcastle transfer update