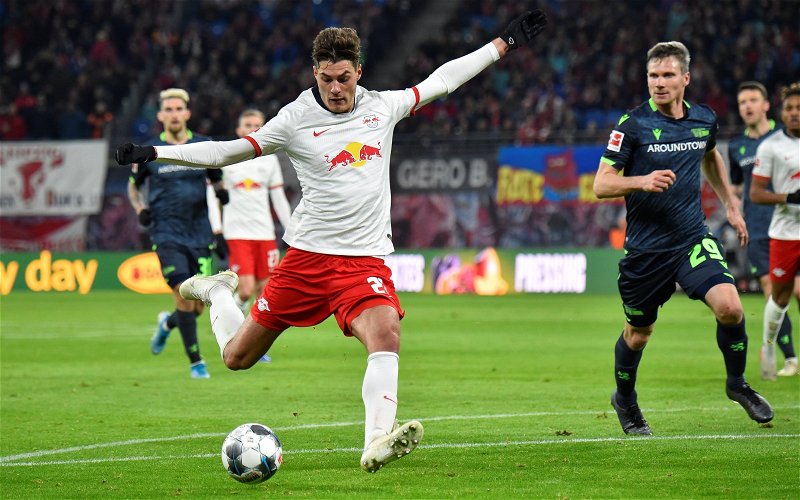 It’s glaringly obvious that Newcastle are in need of a striker this transfer window with Callum Wilson out for eight weeks and after they failed to score against League One Cambridge United in the FA Cup.

Someone who has been in impressive form for both club and country over the last 12 months is Patrik Schick from Bayer Leverkusen, and Downie has claimed that Newcastle hold an interest in the striker – although he went on to claim the Czech would cost £50 million, making any deal unlikely.

“Schick has scored the second most goals in Bundesliga this season, only behind Lewandowski. So I’m not surprised they’re asking for £50m. However, it’s either pay up or get relegated”

“Stick 50m on Schick and be done. I know we don’t want to look like mugs going forward but right now, we are desperate. A little over the odds in Jan to ensure our prem safety makes sense to me”

“£50m for a top class striker…what do our owners think they cost?”

“Patrick Schick is a natural striker, he’s fantastic. I’d say he’s worth 35-40 million in this modern market. 25 years old and scored 17 goals in 15 games and assisted 1”

“Just pay for Botman and Schick. Could be difference between relegation or staying up.”

“The price for Schick is so high because he is a goal scoring machine. He is 2nd to Lewandowski, plus Leverkusen would be down to one striker if sold with only Alario remaining.”

It’s not just Schick that Newcastle are linked to, with Downie also confirming that Chris Wood and Dominic Solanke are also players of interest to Eddie Howe and Newcastle United.