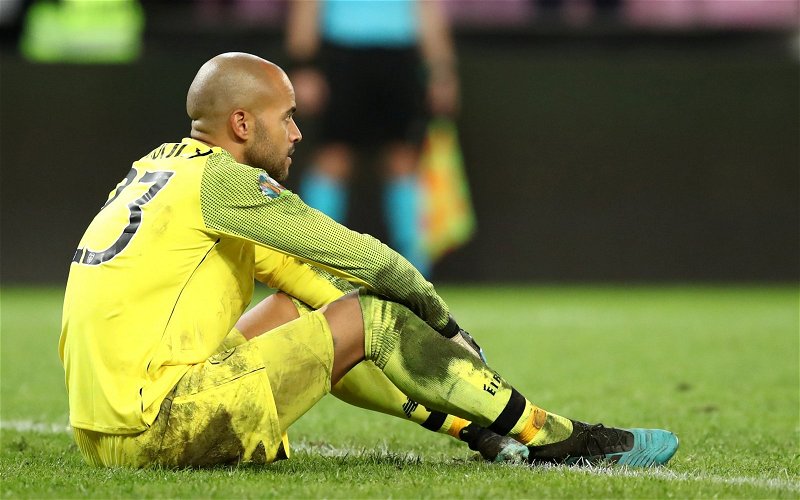 West Ham United insider ExWHUemployee has been speaking about how Darren Randolph is not worth having at the club on The West Ham Way podcast.

The Hammers managed to get back to winning ways on Tuesday afternoon when they swept aside Watford 4-1 very comfortably, but it will not have been all smiles for the defence and Lukasz Fabianski, as West Ham have only kept one clean sheet in their previous 11 league matches.

Despite picking up a valuable three points, West Ham’s failure to keep opposing teams out could be a worry for Moyes, and while that may be down to key defenders such as Kurt Zouma and Aaron Cresswell being out injured, the goalkeeper is the last line of defence – and there could be a change between the sticks if their inability to keep clean sheets continues.

Therefore, on loan shot-stopper Alphonse Areola could be handed his chance to shine, with the Frenchman still yet to start in the league for West Ham. However, Moyes does have another two ‘keepers to choose from, and considering they have four goalkeepers at the club who have all played first-team football in the league, one may have to be moved on soon.

Ex therefore believes that it should be Randolph who is moved on given the other options at the club.

“There’s no point having Randolph there, as much as I like him and he’s a popular player as well, a decent backup ‘keeper – but when you’ve got Areola, who is on loan until the end of the season whose move could be made permanent, we’ve still got interest in Sam Johnstone, we’ve got Fabianski obviously, you’ve got David Martin, you’ve got the young ‘keepers.

“I just don’t think there’s any point in having Randolph, who’s on about £25,000, I think, something like that – that’s a guess, but he’s not lightly paid, so it could be his time to go as well.”

Randolph is currently in his second spell at West Ham having previously joined in 2015, only to be sold in 2017 and then return once again in 2020, racking up 52 appearances across all competitions for the Hammers.

Now, though, Randolph is 34 years old and has not featured at all this campaign, and if what Ex has claimed is true that the ‘keeper is on wages of £25,000 a week, then that’s a lot of money to be throwing at someone who is not contributing anything to the first team, so it would make a lot of sense to perhaps see if anyone in the Championship wants a new ‘keeper who has a wealth of experience in that division.