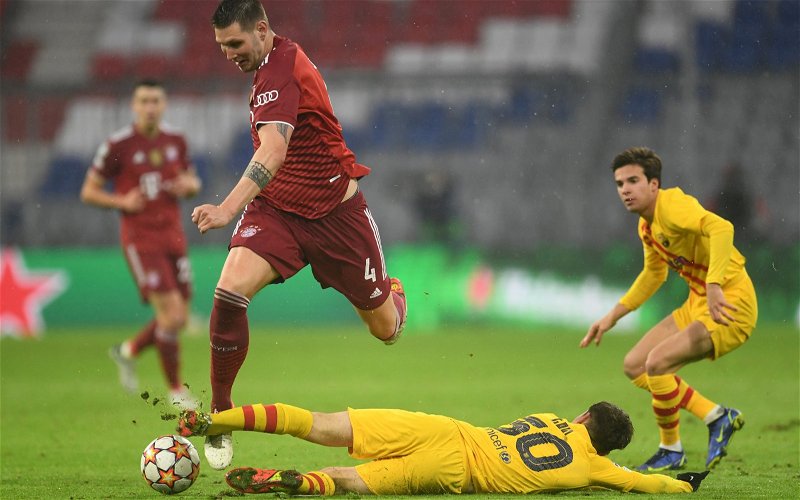 Club insider ExWHUemployee has been speaking about how West Ham United are interested in Niklas Sule on The West Ham Way podcast.

It should come as no surprise that West Ham are indeed looking at new centre-backs given their two starters are out injured, but with Issa Diop available and Kurt Zouma expected to be back quicker than first thought, potentially signing someone in the summer could be a better move.

They could therefore move for someone who is nearing the end of their current deal on a pre-contract agreement, and that is the situation Sule will find himself in January, as according to 90min, the defender is expected to leave Bayern Munich at the end of the season as he doesn’t feel value in Bavaria.

Discussing a potential move for a couple of German players in the summer, Ex has spoken about the interest in Sule and what West Ham could do with that interest.

“One of them is called Niklas Sule, he plays at Bayern Munich, he’s already said he is going to go on a free transfer in the summer, he has been linked with us before. There’s a chance that we can see if a cheeky offer would do anything there.”

While West Ham may well be interested in Germany international Sule, they are almost certainly not the only ones in the running for his signature, as a defender from Bayern Munich with Champions League experience and plenty of years ahead of him could easily have a whole host of clubs holding an interest.

Indeed, fellow Premier League side Newcastle United are reportedly keeping an eye on the centre-back themselves.

If West Ham can manage to at least qualify for the Europa League next season, that could surely hand them an edge when trying to tempt Sule to east London as they would have the pull of living in the capital as well as being able to offer European football.