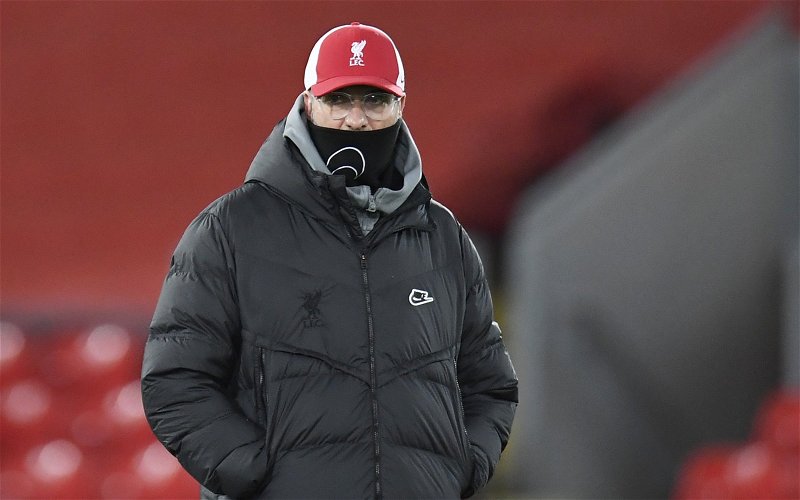 Duncan Castles has been speaking on The Transfer Window podcast about which area Liverpool will be looking to target in January.

Liverpool pulled off a major coup in the summer of 2020 when they signed Diogo Jota for £40 million, with the winger having gone on to score 22 goals across 47 appearances for the Reds and prove himself to be a very dependable player within their attacking ranks.

Jota may well be relied upon heavier in the coming weeks, as Roberto Firmino is still out injured, while both Mohamed Salah and Sadio Mane are set to jet off to the Africa Cup of Nations in the near future, which will see them miss a handful of games.

Due to this, Castles has been speaking about how Liverpool will target a new attacker in January.

“They have been pleased, as you say, with Diogo Jota since he’s joined the club, but ideally, I’m told they’re looking for another player who has that little bit of extra pace that Mohamed Salah and Sadio Mane have, so another super-fast forward to add to the attack.

“Part of this is obviously driven by the Africa Cup of Nations – if it goes ahead as expected. It will run from January 9th to February 6th in Cameroon; they are due to lose both Salah and Mane to that tournament.”

It’s no surprise that Liverpool are looking to sign an attacker in January as this season Salah and Mane have combined to score a total of 20 goals in the Premier League, so to be without them for a handful of games could potentially derail Liverpool’s season if they don’t bring in an adequate replacement.

A sensible plan would be to sign someone on loan until the end of the season without the expectation for any deal to be made permanent, much like they did last season with Ozan Kabak, who filled in at centre-back but was never signed permanently. This would allow Jurgen Klopp to have sufficient attacking cover, while the club will not be forced into splashing out a lot of money for a potential stop-gap player.