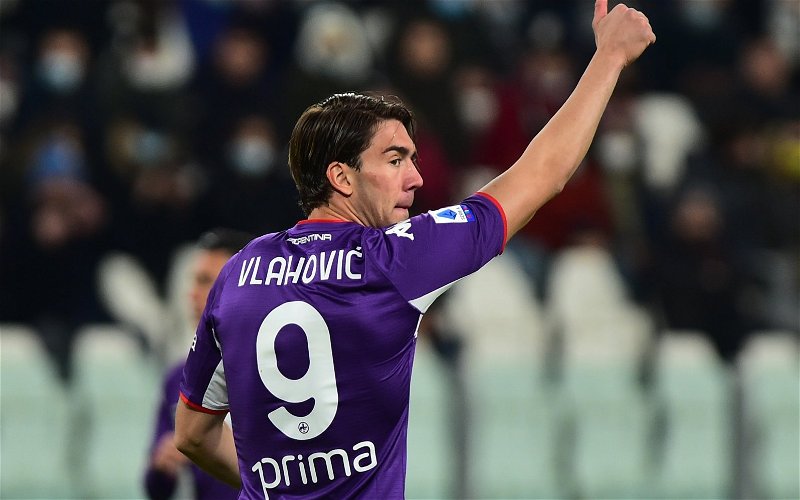 Lots of Tottenham Hotspur fans have taken to Twitter to voice their thoughts on the latest transfer claim to emerge regarding Dusan Vlahovic.

According to Corriere Fiorentino, Spurs remain interested in the Serbian striker and have held talks in London with the Fiorentina directors over the 21-year-old.

Vlahovic is currently top of the Serie A goalscoring tally having netted 12 times this season already, which has reportedly caught the attention of Italian giants Juventus.

Spurs fans flooded to the tweet from Hotspur Related relaying the claims coming out of Italy as they shared their hopes of a potential deal coming to fruition.

These claims come at a time when Harry Kane has failed to hit the standards set by himself in seasons gone by as he remains 11 league games deep with just one goal to his name (via Transfermarkt).

With Spurs now five points adrift of the top four but with two games in hand on West Ham United, it is apparent these Spurs fans would love to see Vlahovic’s goals added for their European push in the second half of the season.