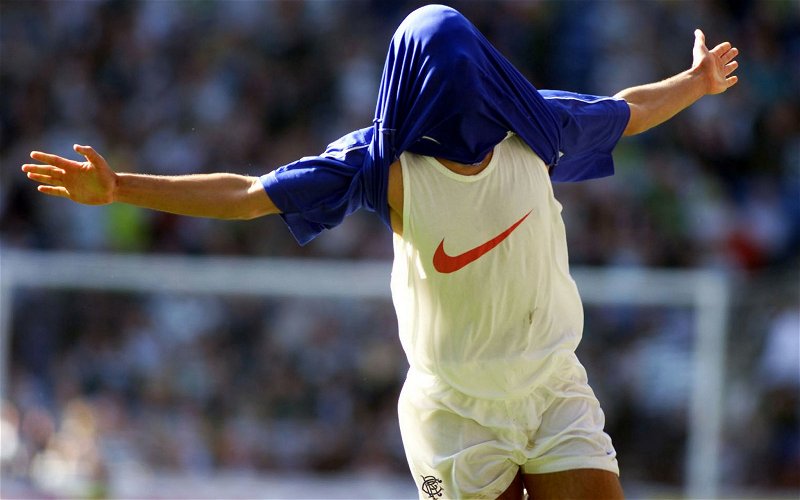 Rangers find themselves in search of a new permanent manager and journalist Jonny McFarlane has been speaking on the Rangers Review YouTube channel to discuss the matter.

On Thursday, it was confirmed Rangers’ former boss’ three-year stint in Glasgow with Rangers after being confirmed the new manager of Premier League side Aston Villa.

Would GVB be a good appointment?

One of the names to have been linked immediately with the vacancy is the former Rangers midfielder Giovanni van Bronckhorst with the Gers set for contract talks over the weekend.

Van Bronckhorst has been out of management since parting ways with the Chinese side, Guangzhou City, last December after just 23 games (via Transfermarkt).

Discussing the vacancy Gerrard has left in the dugout at Ibrox, McFarlane spoke about what the 46-year-old could bring to the Gers this time as a manager.

(5:00) “Steven Gerrard’s a special case but Giovanni van Bronkhorst comes in and he’s a guy that you know, you remember and I think you would want to play for so it ticks so many boxes, Derek [Clark]”

“So we’ll have to wait and see. I don’t think we should get too carried away with the Giovanni van Bronkhorst thing because it’s got a long way to go. But in terms of just looking at the facts, he looks like he would be a great option for Rangers.”

This is a reported candidate which we think could make a lot of sense for the Scottish side given the experience the 46-year-old has had at Ibrox as a player.

When it comes to managing the Gers, we feel the manager has to understand the culture at Ibrox and what the club means to the fans and Van Bronckhorst should understand that given he was at Rangers for a number of years.

And the Dutchman has shown some promise as a manager during his spell at Feyenoord where he was able to beat off the likes of Ajax and PSV Eindhoven to get his hands on the 2016/17 Eredivisie crown along with a host of other trophies (via Transfermarkt).