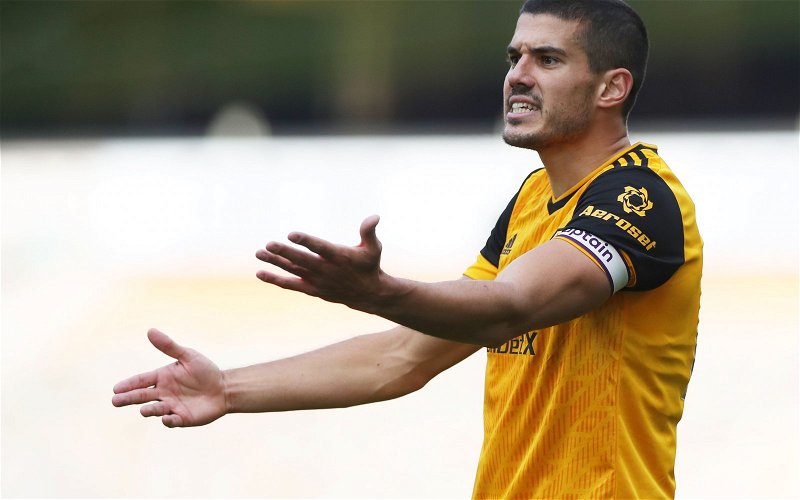 Coady has made 13 appearances in all competitions so far this season and got on the scoresheet against Aston Villa in the Premier League. With his appearances this season, the Wolves captain has taken his total to 288 appearances for the club since joining them in 2015.

Do you think Wolves will sell Conor Coady this season?

Coady is obviously seen as a key player for Wolves but Hatfield believes that if the price is right Lage would consider a sale, telling This is Futbol: “Never say never. If the price is right, I’m sure Lage would probably look at it and say yeah, if we can get a couple of players in with that money to cover that position, which they do need to work on.”

Lage was appointed Wolves Head Coach during the summer and quickly got to work on assembling his own squad at Molineux, as he brought in six new players to the football club.

Following a difficult start to the campaign where Wolves lost their opening three fixtures on the bounce, they appear to have turned a corner as they have won five of their last eight matches, as well as picking up a good point away against Leeds United during that period of time in the Premier League.

The upturn in form has seen new signing Hwang Hee-chan start to fire in the goals for his new club, as he has four top-flight goals to his name which puts him joint sixth in the goalscoring charts.