Leeds United: Phil Hay would like to see Harrison Reed join the club 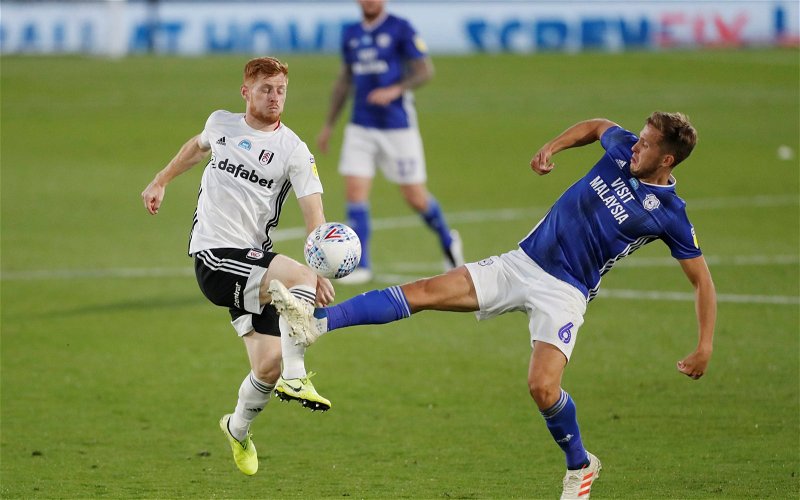 Leeds United journalist Phil Hay has been speaking about how Harrison Reed could be a good signing for the Elland Road club.

Judging by how many central midfielders have already featured this season, it would be safe to say that Reed would not be a regular at Leeds given how often Marcelo Bielsa likes to rotate who plays alongside Kalvin Phillips, but considering his Premier League experience, he could be a useful squad player.

Reed could potentially be a suitable player to play alongside Phillips and suit Bielsa’s style of play because of how he uses the ball, as last season, he completed the fourth-highest total of passes in a Fulham side who ended up being relegated.

Although, he didn’t rack up the same amount of progressive yards up the pitch, so he clearly understands his role and limitations, and suggests he likes to drop the ball off quickly and keep the play moving without forcing an unnecessary pass.

Speaking on The Phil Hay Show, Hay believes Reed could be a decent squad signing for Leeds.

“I always quite liked somebody like Harrison Reed at Fulham – and I’m not saying Harrison Reed is the sort of player… you’re not going to get 10,000 people coming down to crowd outside Elland Road for a glimpse of Harrison Reed, but [you need] players who could chip in and contribute.”

If it wasn’t for Adam Forshaw recovering from his horrendous injuries and being able to stay healthy, Bielsa would have had a very big problem in the middle of the park, as Pascal Struijk, who has sometimes played in that role, has been moved to left-back as cover there.

So, bringing in someone like Reed, who would not likely kick up a fuss if he wasn’t starting every game for a Premier League side in Leeds, especially considering he isn’t even doing that under Marco Silva in the Championship, could be a smart addition.

We can see from the stats why Hay may like a player like Reed, who is hardly the most dazzling of names, but can offer something different and important to a Leeds side whose depth has been cited as an issue by Bielsa in recent weeks.

In other news: ‘Climbing the league in no time’, ‘Suiii’ – Many LUFC fans buzzing as Bielsa shares ‘great news’