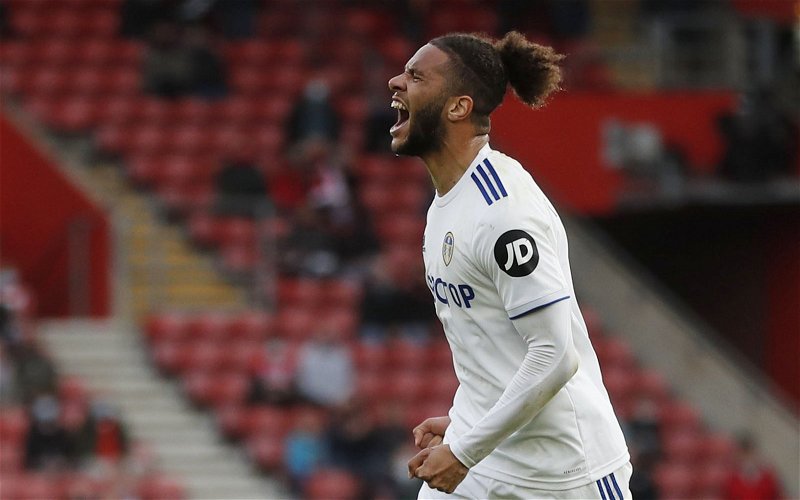 A whole host of Leeds United fans have flocked to Facebook as Beren Cross has dropped a fresh Tyler Roberts loan claim.

The Wales international has featured in every single game this season across all competitions, however, that has only included one single Premier League start and given his lack of goalscoring output last season and this campaign, there’s little surprise.

This season, Roberts has racked up fewer minutes than Patrick Bamford who has missed the last seven league matches and is still not fit enough to start according to Marcelo Bielsa, but despite the striker’s lack of minutes, Cross ‘can’t see’ Leeds loaning out the striker in January.

During a recent Q&A for Leeds Live, he said:

“[Joe] Gelhardt’s start on Sunday was clear evidence of how the pecking order looks right now. Can Leeds afford to lose a senior body, though?

“Roberts may want more starts, but when injuries have hit, he’s been someone Bielsa always wants to turn to from the bench.

“There was a similar situation in January this year when Derby [County] were keen on Roberts, but he stayed put. I can’t see it unless Leeds have a fully fit squad to cope with his departure.”

A lot of Leeds fans have reacted on Facebook to Beren Cross’ Roberts claim.

As highlighted in the article by Cross, Roberts himself may want to look for a move away, even if it’s only temporary, as he will want to be playing as much as possible to ensure he doesn’t lose his place in the Wales squad for next year’s World Cup should they manage to navigate their way through the play-offs.