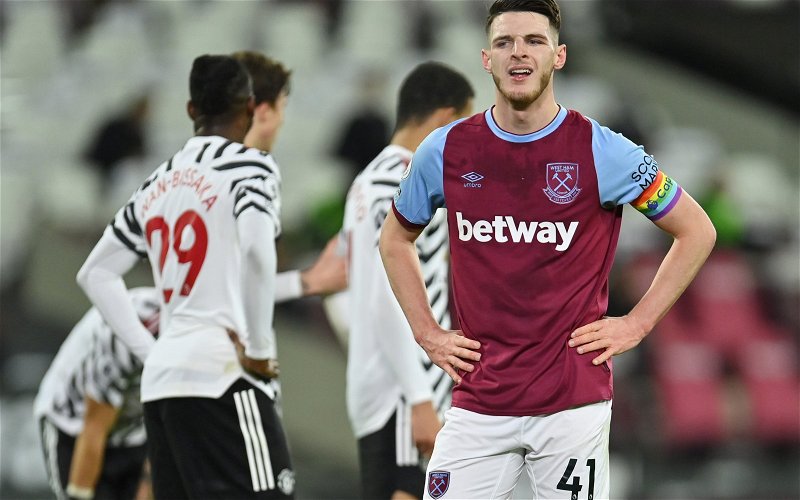 On the latest video to emerge on the Hammers Chat YouTube channel, Gonzo has been discussing all things West Ham United related.

The Hammers climbed into the top four on the weekend with their latest Premier League victory against Tottenham Hotspur at the London Stadium.

Will Declan Rice be sold next summer? 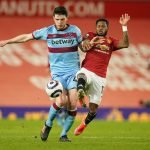 One of the main talking points following the game on Sunday was the performance of the West Ham captain Declan Rice who was awarded an 8/10 by Football.London.

The England international has had his future with the Irons questioned heavily over the summer with it believed the 22-year-old to be looking for a potential exit in the future.

(12:30) “We’re in a little group of clubs vying to be in that position [top four]. Certainly, Tottenham would be one of those clubs, although it’s not going particularly well for them, they may end up chopping and changing their manager again.

“But my point is, those top clubs, even as good as they are as elite as they are, they’re not going to be able to resist bidding for Declan Rice because he is that good. Declan Rice gets into all of those teams, he does.”

We are beginning to feel the England midfielder is making his claim to be one of the better midfielders in the Premier League over the course of the last year.

His importance is now evident in the national side given the trust and belief Gareth Southgate has shown in him with 27 caps already to his name for England.

With Manchester United showing their frailties against the Reds on Sunday, we can understand Gonzo’s concerns surrounding the future of the midfielder.

However, despite the reports of Rice not looking to extend his Hammers stay, the youngster is still performing at his highest level amid the transfer speculation.

With Rice believed to be looking to play Champions League football, we feel the Hammers remain in a strong position to demand a high sum of money for the 22-year-old who still has over two years on his current deal.