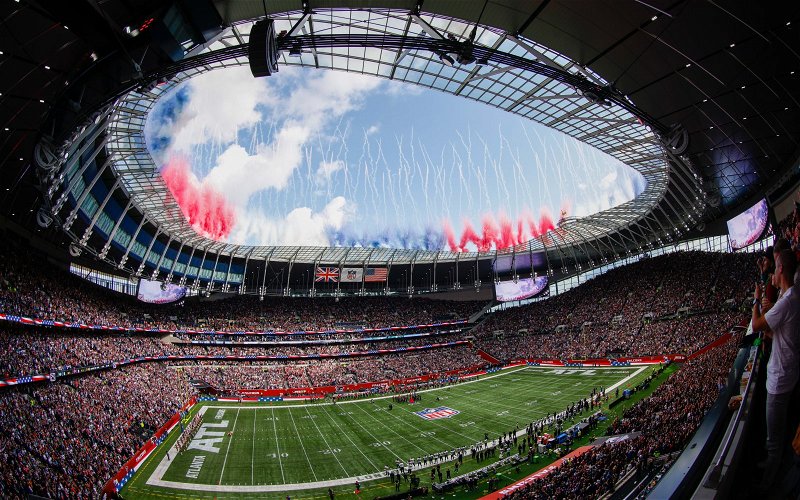 Tottenham fans have been mesmerised after footage emerged of the Tottenham Hotspur Stadium, with the venue being used to host the match between the New York Jets and Atlanta Falcons in the NFL on Sunday before hosting the encounter between Jacksonville Jaguars and the Miami Dolphins.

This is the second time the Tottenham Hotspur Stadium has welcomed the NFL to their stadium after its opening games in 2019, with the pandemic putting paid to any games last year, and Spurs fans have taken to Twitter following the incredible footage of the stadium to emerge prior to kick off between the New York Jets and Atlanta Falcons.

What did these Spurs make of the video footage?

“What a Flex. Well played Levy”

“Everything aside, that Stadium is just wow”

This shiny dual-purpose venue was built with NFL games at the heart of its plans. A 10-year deal, running to 2028, guarantees at least two matches at Spurs every season and ensures Wembley, where 23 of the 28 London fixtures had been played, has been superseded. The stunning footage has illustrated how Tottenham’s home is ready for more than just Premier League football.

But more than anything, Spurs fans will be desperate for this new home to be a place where their football team can win some trophies and reach the elite of the Champions League.