Tottenham Hotspur: A lot of fans are delighted to hear of January transfer window plans

A whole host of Tottenham Hotspur fans on Twitter are buzzing to learn of their club’s January reported transfer window plans.

Following the appointment of Fabio Paratici over the summer, Spurs went ahead with someone new leading their transfer business and this saw them bring in Cristian Romero, Pierluigi Gollini, Emerson Royal, Bryan Gil and Pape Sarr – with only the latter yet to make an appearance as he spends this season on loan with FC Metz. 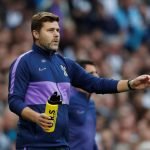 An area that they didn’t address was attacking midfield and Dele Alli has been tasked with filling that void this season although his single goal in the league was a penalty and that coupled with his zero assists in the league, it doesn’t appear that he will be the long term solution and now Charlie Eccleshare from The Athletic has claimed that Spurs will look to sign an attacking player in January.

A lot of Spurs fans are buzzing on Twitter with this transfer claim.

What have these Tottenham Hotspur fans been saying?

“Ideally a no.10 in the Eriksen mould. Don’t know why #thfc don’t try and get Coutinho on a loan.”

“Has to be Vlahovic with him refusing a new contract”

“Please a creative midfielder who can keep the ball and pick a penetrative pass. Please. Please.”

“@NUFC Lend us ASM for free”

The January transfer window has not generally been a fruitful one for Spurs as they have brought in just Steven Bergwijn and Lucas Moura in those months over recent years, so Spurs fans may not be holding out much hope for a big arrival this season.

Nuno Espirito Santo will be hoping that he can make it to the January transfer window to try and mould the squad further to his liking but with reports suggesting that he is fighting for his job already, that may appear unlikely.

In other news: ‘Well, that’s a relief’, ‘Levyyyyy’ – Many THFC fans buzz over The Athletic’s latest ‘good news’