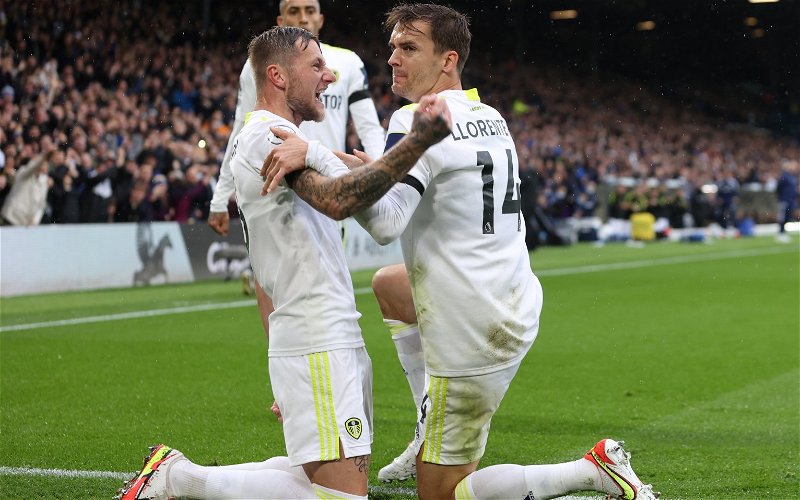 Leeds United fans have reacted on Twitter after Diego Llorente put his side in front against Watford in the Premier League on Saturday afternoon.

Marcelo Bielsa’s side came into the game off the back of six games without a win, and no doubt would have been desperately hoping to pick up their first three points of the season.

Well, they got off to the best possible start thanks to a strike from Llorente early into the first-half.

The Spaniard had been missing from action in recent weeks due to injury, but made his comeback straight into the starting line-up in place of Charlie Cresswell at the back.

And, after seeing him net the opener, Leeds fans took to Twitter to rave about the goal-scoring centre-back.

“Llorente might be just be the best defender, passer and finisher at the club…”

“Llorente has my heart CMON”

“Vital to keep that man fit”

“Llorente is absolute quality. He’s the start of all good things for Leeds.”

“Desperate for Llorente to stay fit. Such a key player for us”

Whether Leeds can hold onto their early advantage against Watford remains to be seen just yet, but Llorente’s early goal has given them the best possible platform to finally pick up their first three points of the new season.

The Spaniard’s influence over these coming weeks and months will no doubt be more felt at the back end of the pitch with his defending and composure in possession, but if he can chip in with some goals here and there, the Whites will have an added threat to their bow.

Keeping him fit as a couple of fans themselves have pointed out will be key for Leeds.

In other news, Leeds fans have reacted to this Phil Hay post…