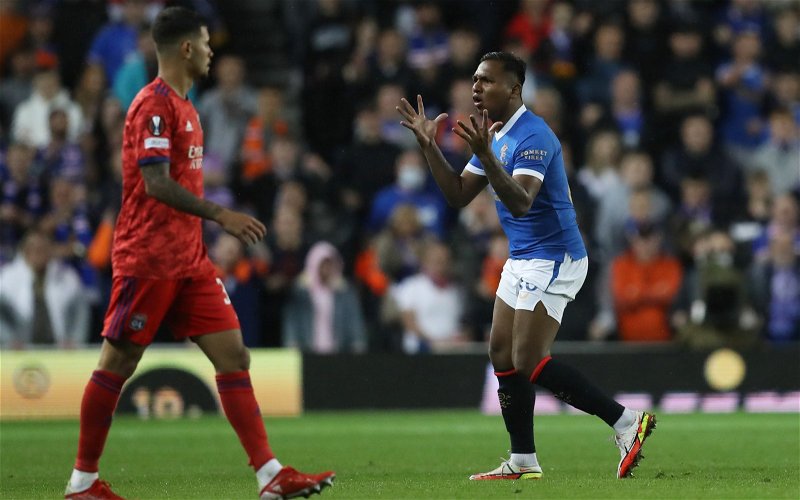 Former Rangers defender Michael Ball has warned Alfredo Morelos that he will struggle to find a club bigger than the Scottish giants.

Morelos has made it clear that he wants a new challenge, with Porto one side who tried to sign the Colombian striker in the recent transfer window.

In the end, though, the Portuguese outfit failed to come to an agreement with Rangers, which resulted in Morelos having to stay at Ibrox.

Will Morelos leave next summer?

Morelos has since told Caracol Radio (via Daily Record) that he still hopes to leave the Scottish Premiership champions in the near future, but Ball has warned the 25-year-old he is going to find it hard to find a club bigger than the one he is currently at.

“You’re not going to find a bigger football club out there really than Rangers,” the retired full-back said to TIF an an exclusive interview.

“But if you’re going to find a team that’s going to be challenging more in Europe that can fulfil his ambition, he’s got to be showing [good] performances for Rangers Football Club from now to the end of the season.”

Morelos will have just a year left on his contract next summer, so he may get his move then, as it could be Rangers’ last chance to make decent money from a sale.