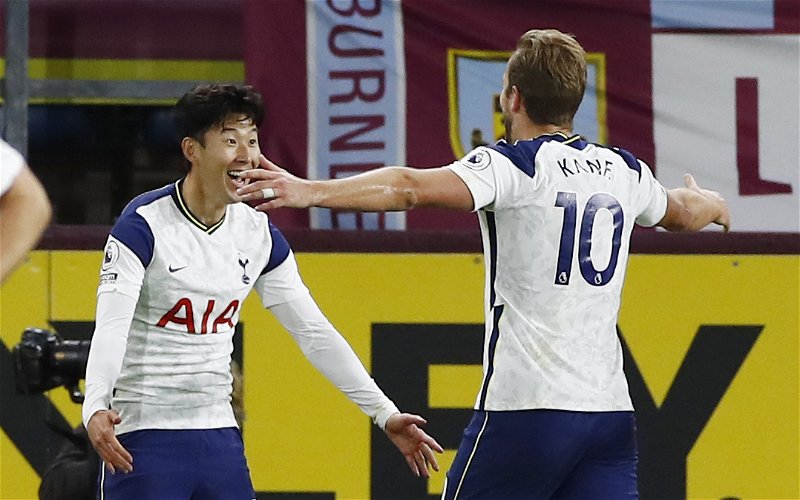 Alasdair Gold has been speaking on his latest YouTube video to discuss all things Tottenham Hotspur-related following the end of the summer transfer window.

The summer window was dominated by speculation surrounding the future of Harry Kane, with the striker believed to have wanted a move away from north London as Manchester City were heavily interested in his services.

Are you worried by Spurs' lack of strikers?

Spurs were linked with two main targets when it came to addressing the striker role, with Lautaro Martinez and Dusan Vlahovic both said to be on Tottenham’s shortlist.

However, in Kane’s absence in the opening game of the campaign against Manchester City, Heung-min Son filled in at striker and provided the match-winning goal.

After ending the summer window without adding to their options up front, Gold had the following to say on how Nuno Espirito Santo and Fabio Paratici view Heung-min Son’s role in the side.

“I think there’s a feeling among Nuno and Paratici that a little bit like [Cristiano] Ronaldo – I’m not saying he’s like Ronaldo, but in terms of the positional movement that they feel that Son could, if he wanted, move from being a wide player to being a more through-the-middle player.

“He’s not that target-man type. But, we’ve already seen in a front three when Kane hasn’t been there, he can do that very well.”

There is no getting away from the injury issues Kane has suffered on an almost yearly basis which sees the England captain miss a number of games for the Lilyhwites.

With this in mind, we feel Son can do a job in providing goals in his absence, which has already been seen this season as the South Korean leads their scoring tally.

However, Son has been no stranger to picking up injuries himself, which can only strike a bit of fear into the Tottenham fans with a clear lack of goals in the remainder of the team – with only Gareth Bale scoring more than three in the league last term.

With Carlos Vinicius and Bale no longer at the club, Spurs will be hoping the likes of Lucas Moura and Steven Bergwijn can step up this season in front of goal.