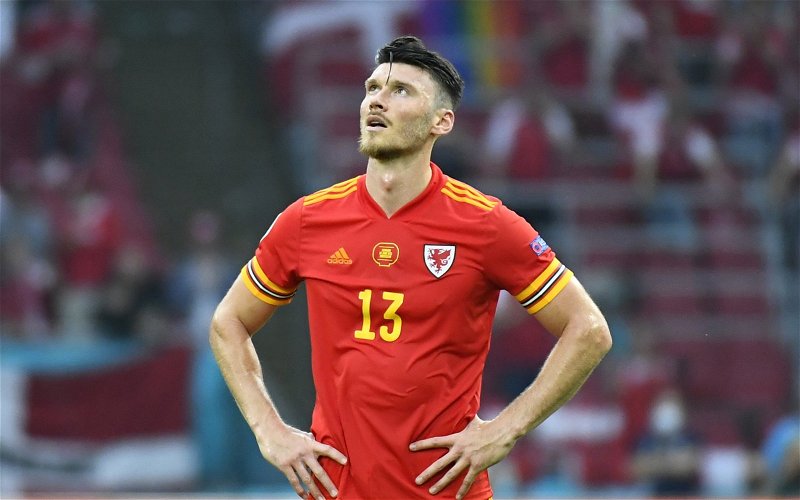 Wolves journalist Liam Keen has been discussing the proposed transfer of Kieffer Moore and why it ultimately didn’t go through.

Reports late in the window had claimed that Bruno Lage’s side were showing an interest in the Wales international, claiming that they were “ready to submit an offer of around £7m”, whilst also noting that Cardiff were “opening to selling the 29-year-old as they look to raise much-needed cash”.

Wolves are certainly in need of some extra firepower up front given their struggles last season, and considering Moore’s impressive form last year in the Championship, it’s easy to see why they would turn to him to try and solve their problems.

Speaking about the deal on the E&S Wolves podcast, Keen confirmed the interest in Moore before explaining that there was just too much of a gap in valuation between the two sides for them to come to an agreement:

“Kieffer Moore, there was a genuine interest in him, Bruno Lage felt that he was a good backup and a different option for Wolves. But Cardiff wanted £12m, Wolves deemed it too much – simple as that, really.”

“Cardiff made it very clear that it had to be a big offer for him to go in the first place. So in many ways, it almost seemed a little bit desperate didn’t it, last minute to see what they could do?”

If the figures being mentioned are correct and that there was only a £5m difference, then it does seem like Wolves were being rather cheap not to make the deal happen based on that little of a difference in price.

Considering the money that clubs get for staying in the Premier League, £5m isn’t really that much in the grand scheme of things, so it is something that Wolves could easily have been able to afford, so for them to call off the transfer over that does seem a little bit bizarre.

Given Moore’s return in the Championship last season and his dominance in the air, you could certainly make the argument that he would have been able to make an impact in the Premier League for Wolves and hopefully they don’t regret missing out on bringing him in, because based off their start to the season in which they’ve struggled to find the back of the net it certainly looks like they could have used him already this season.

There might be the opportunity for them to buy him in January, but hopefully Cardiff won’t have put up the asking price more between now and then.