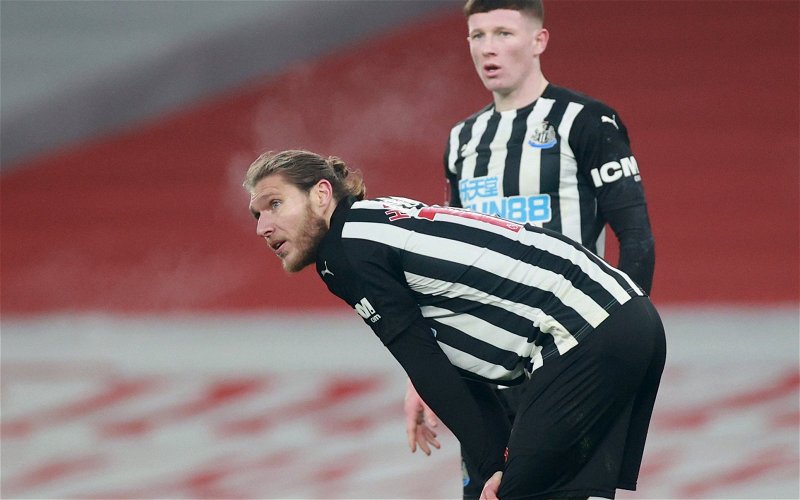 Newcastle United fans have been reacting to images that have come out surrounding young player Elliot Anderson.

The 18-year-old has been out of action since the end of last season when he picked up an injury, putting a dent in what has been a somewhat impressive spell with the club’s academy side, including eight goals and two assists in 18 appearances in all competitions last season, that included playing time with the senior team in the Premier League and FA Cup.

However, it appears as though he is back on the mend, as the club released pictures of him during a recent training session for fans to react to on social media, with the 18-year-old himself adding some comments upon his return.

And react to the pictures they did, with many of them delighted to see him on the road to recovery, with some hoping that he might be able to make an impact on the first-team:

Do you expect Anderson to go on and become a Newcastle regular?

Given the recent injury to main first-team forward Callum Wilson, Anderson might be called upon sooner rather than later if he ends up being out for a long stretch of time.

In other news: ‘Waste of time and money’, ‘Flop with a capital F’ – Some NUFC fans left furious as stats emerge