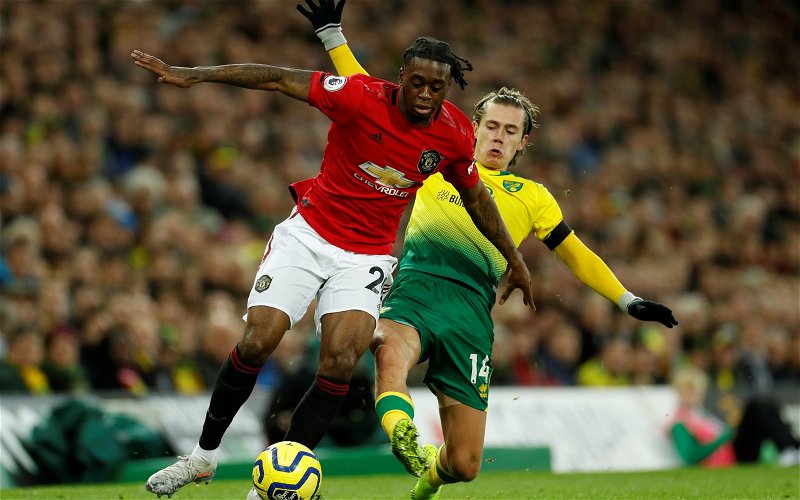 Sky Sports presenter Joe Thomlinson has been speaking about Aaron Wan-Bissaka and his main faults on the Football Daily YouTube channel.

Following a breakout season with his boyhood club Crystal Palace, Wan-Bissaka was snapped up in the 2019 summer transfer window for £50 million by Man United, and since his move, he’s racked up 107 appearances in all competitions.

Should Wan-Bissaka be in the England squad? 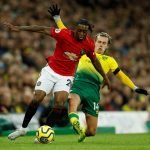 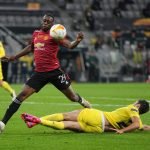 Despite being a regular for Man United and still just 23 years old, he’s yet to receive his first England international call-up, with players such as Kieran Trippier, Kyle Walker and Reece James often preferred, and Thomlinson has highlighted something that may be holding the defender back.

Thomlinson spoke about the one area that Wan-Bissaka struggles with.

“What Wan-Bissaka struggles with is passing into the midfield and that sort of area where he’s got possession on the halfway line 40 yards from goal.

“What Wan-Bissaka doesn’t struggle with is getting to the byline and whips it in and actually sometimes, the ball in that delivery position is okay. When he’s on the ball, he’s got time, and you’re asking him to pick balls in between the lines – shocking.”

It could be argued that the former Palace full-back is certainly one of the best defenders in the Man United squad, as last season, Wan-Bissaka won 52 of his 97 attempted tackles in the league, and given that he also started 34 times, it’s very impressive how solid he is against attackers on a fairly regular basis.

In terms of his passing ability, it appears quite clear that he does struggle with that side of the game, considering how dependant teams can be on full-backs in the modern game. He saw 51 of his passes intercepted last season – the second-highest within the Red Devils squad, only behind Bruno Fernandes, who attempted over 200 more passes than the defender (as per FBRef).

It’s no shame on Wan-Bissaka’s name to highlight where he struggles because as he’s still a young defender at the end of the day, the defensive numbers he is putting up are exceptional – and Man United have a top-class talent on their hands.