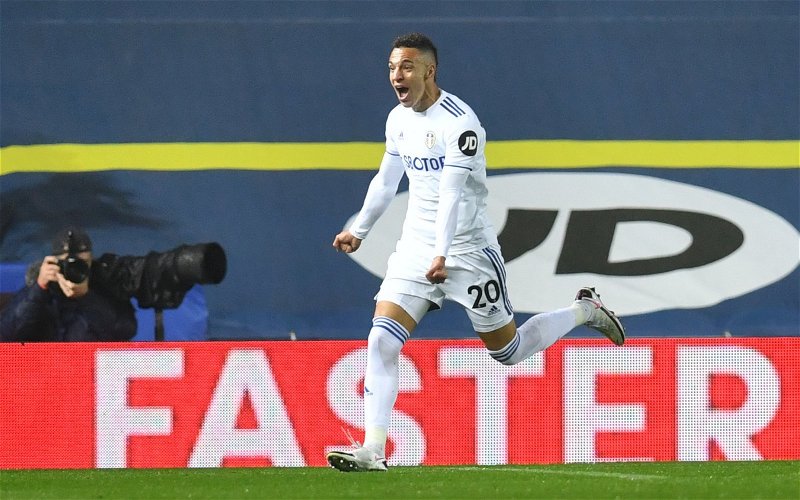 Leeds United fans have been reacting to the performance of Rodrigo during their game against Liverpool in the Premier League.

Marcelo Bielsa’s men have certainly made a slow start to the season, coming into the game having failed to pick up a win in their first three games in the Premier League and things weren’t going to get any easier for them as they took on a Liverpool side that were unbeaten to start the year.

It wasn’t the best of performances from Leeds United all-round, with Liverpool dominating for large portions of the game and barely giving the home side a sniff at breaking them down as they had plenty more shots and possession against their opponents (via WhoScored) as the game ended 3-0.

However things could have gone better for them if they had taken what few chances they had, with the Spaniard, who is valued at £16.2 million (as per Transfermarkt), himself guilty of missing a good chance when the score was still 0-0. That miss among other factors meant that his performance was slated by supporters online:

“I’ve had enough of Rodrigo in midfield. Goes missing and when he gets something it’s nothing. Doesn’t track his man either. Therefore getting overran in midfield”

There’s still a long way to go this season, so there’s plenty of time for him to pick up his form moving forward, hopefully sooner rather than later.