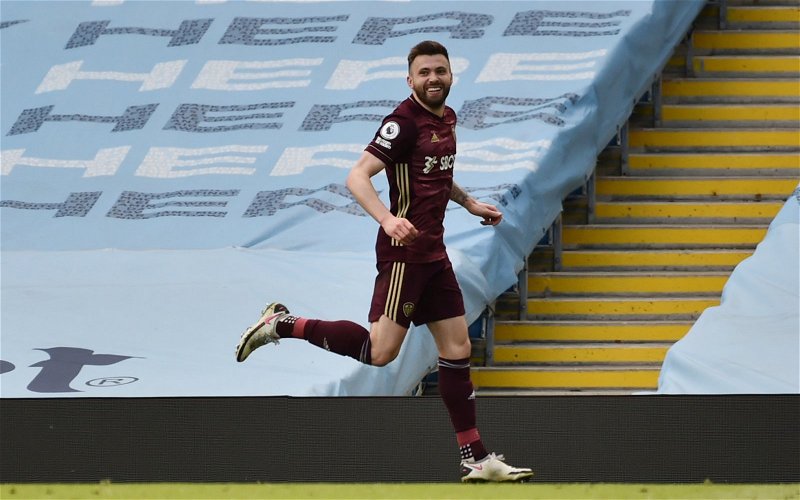 Leeds United fans on Twitter have been sharing their criticism for Whites midfielder Stuart Dallas and his performance during the Yorkshire club’s recent 1-1 draw against Newcastle United.

A goal from Allan Saint-Maximin cancelled out Raphinha’s opener at St. James’ Park resulting in both teams leaving with just a point.

During the match, it was Dallas, who played in the right-back position against Steve Bruce’s side, and his performance that caught the attention of a significant number of Leeds fans.

Unfortunately for Dallas, a lot of Leeds fans were not happy with what they saw from the 30-year-old during the game, with many taking to Twitter to share their thoughts and feelings.

So, what did these Leeds fans have to say about Dallas’ performance against Newcastle?

“Hate to say it but Dallas a shadow of himself from last season – hoping it’s just a slow start! #LUFC“

“Dallas our worst player this season!”

“Dallas has been so poor #lufc“

“Dallas has been awful #lufc“

“Distribution from Dallas has been dreadful #lufc“

“Dallas has been awful. Cooper same”

Looking at these tweets from this group of Leeds fans, it seems as though they were not impressed with Dallas’ performance against the Magpies.

Given how Leeds Live gave Dallas a match rating of 5/10 for his display saying that he “noticeably struggled” this just goes to show why these fans on Twitter were critical of him.

However, as mentioned earlier, given how he was playing out of position, perhaps he should be cut some slack on this occasion.

In other news: ‘It was a non-story’ – Phil Hay reveals interesting Leeds transfer details