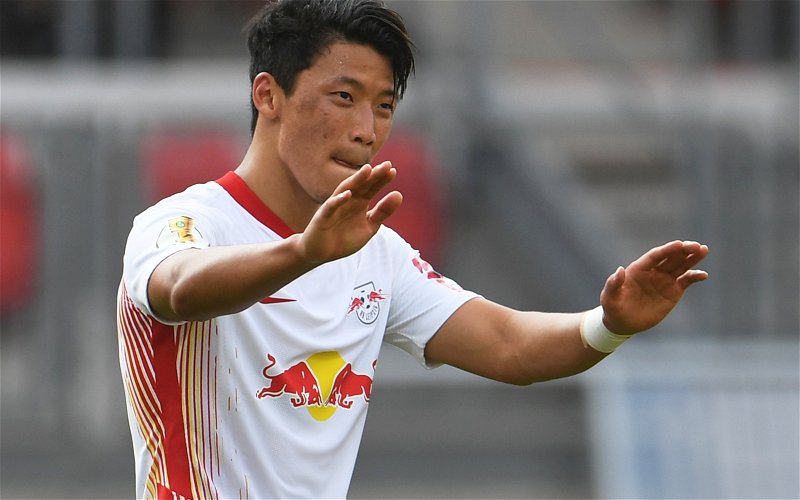 Wolves journalist Nathan Judah has been sharing his thoughts regarding on-loan Wolves striker Hwang Hee-chan, his start to the season and what the rest of the campaign could hold for the player.

This comes after Judah co-hosted a recent edition of the E&S Wolves Podcast where he discussed a number of topics concerning Bruno Lage’s side.

On the subject of Hwang, who joined the club during the recent summer transfer window on a loan deal from German club RB Leipzig, Judah had this to say about him (27:40):

He said: “I’m quite excited about him actually. Obviously he’s come through, he’s got this huge following as well abroad which is great, and I think this could be a useful signing.

“But he’s a good option and to get someone who’s come in as that second striker, and for me probably ahead of Fabio [Silva], you might see it differently, I know there’s maybe different horses for courses, but for me, he’s the number two to Raul.

“He started really well, and I think he could offer a really good option not just coming on last 15, 20 minutes, but eventually, if he just carries on playing, maybe as a two up-front.”

Given how the 25-year-old managed to score on his first appearance for the Old Gold during their recent 2-0 win over Watford, it’s easy to see why Judah is excited to see what Hwang can produce for the club during his loan spell, even though he’s only played 27 minutes of action for them so far.

Would you like to see Hwang start against Brentford?

Moving forward, it will be interesting to see whether or not Lage decides to start Hwang in Wolves’ upcoming Premier League match against Brentford and if he can add to his goal tally.

Looking even further down the line, it’ll be intriguing to see if Hwang does enough during his time at Wolves to make them trigger their option to buy him at the end of his deal.

In our view, we feel that if Hwang does end up being a useful attacking option for Wolves this season, as Judah thinks he can be, then they should definitely consider signing him on a permanent deal.

In other news: ‘He’s going to be brilliant’ – BBC pundit blown away by £19.8m-rated Wolves man