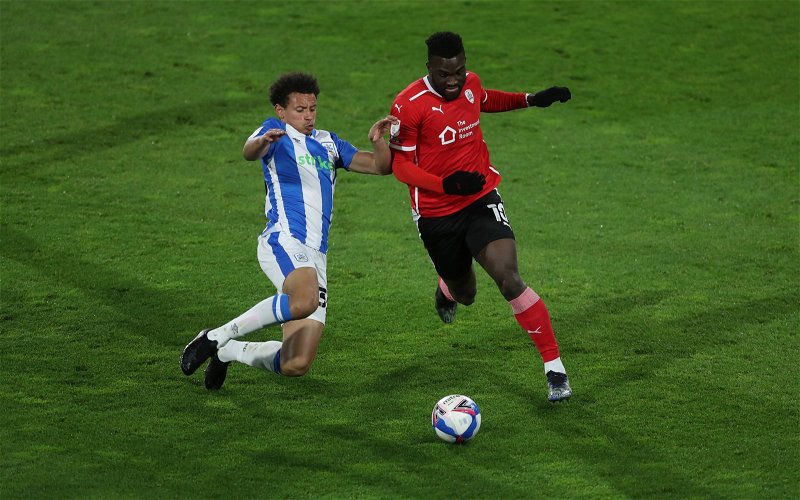 Joseph Masi has been speaking on the Baggies Broadcast about how Valerien Ismael would still like to sign Daryl Dike.

Ismael brought in the American international on loan from Orlando City during his time as manager at Barnsley last season, and he certainly left a positive mark at Oakwell and in the mind of Ismael having scored nine goals over 22 appearances. All the more impressive considering he was in a brand new league and environment as he had never played outside of America before.

Now with the French manager at the Hawthorns, reports emerged during the transfer window that he would like to bring Dike back to the Championship this time with the Baggies, although it was thought that Orlando were demanding at least £14.5 million for the forward.

Masi has claimed that Ismael would still love to work with Dike again (51:11):

“As I said on the podcast last week, I think Daryl Dike is on the list, and I think Ismael wants him and I think Ismael would sign him at any opportunity he got if Orlando lowered the price or made a structured deal that Albion could do it, maybe on loan with a view to buying him if Albion went into the Premier League.

“What I do know is when Dike signed for Barnsley the loan fee was effectively a transfer, it was a lot of money. But from what I hear from people, my understanding is that Ismael wants Dike, it wasn’t possible last month based on I think Orlando just didn’t want to let him go.

“It’s not a good time for them to let him go. To be honest, I don’t really know how the American season works, when it finishes, I don’t know if January is more likely, but I think he wants him.”

Dike, who is valued at £9 million (as per Transfermarkt), would have been a smart signing for West Brom over the summer as their top scorer is currently Callum Robinson with three goals in six games so bringing in someone like Dike who proved himself in the league last season with no pre-season or previous experience in England could have been an astute piece of business.

He would arrive already understanding Ismael’s tactics, his style of play and what he demands from his players and strikers so it appears to be a deal that the Baggies could go all out for in January if they are in need of some extra firepower to get them over the automatic promotion line.