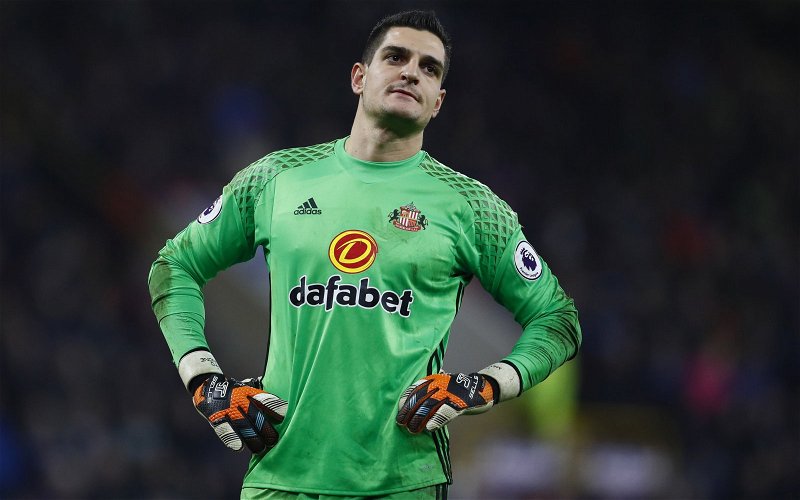 The host of the Roker Rapport podcast – simply known as ‘Editor Gav’ – has revealed the latest update about former player Vito Mannone.

The Italian ‘keeper played for the Black Cats from 2013 to 2017 having been signed from Arsenal for a reported fee of £2m.

Roker Report revealed last week that a return to the Stadium of Light for Mannone was being explored by the club.

While discussing the 33-year-old on the Roker Rapport podcast, the host explained that both player and club were interested in a potential reunion this summer.

The host explained: “From what I’m comfortable to say, I guess from what we’ve heard, we’ve heard from the Mannone side of the deal, that Sunderland and the player are very, very keen for this to happen.

“Money isn’t the problem necessarily, because you know how these things work, they can work out a way of getting him out there, but he’s got a year left on his deal.

“Monaco, though, have just let go of a goalkeeper. They have brought one in this summer, but he is relatively cheap by their budget, and letting go of a third-choice goalkeeper means that they have to replace him with somebody and it’s probably not worth the hassle on the Monaco side of things to let him go.

“So if he really wants to come to Sunderland, he has to make that known. And I’m like, 50-50 whether it happens or not, because at the end of the day, the side of the deal with the power is with the selling club, in this instance.”

Mannone enjoyed a pretty solid spell with the Black Cats, and his 80 appearances with the English club are more than he has managed for any other side.

It’s clear that the Italian ‘keeper holds Sunderland in a special place in his heart, as he has gone on the record saying that when he left the club for Reading in 2017, he never actually wanted to go.

Currently, he plays his football in France with Monaco, though is evidently not a first-choice option – managing just nine appearances for the club in total last season.

If he does want to get more first-team minutes, then a move back to his former club may well be the best option for Mannone at this stage of his career.