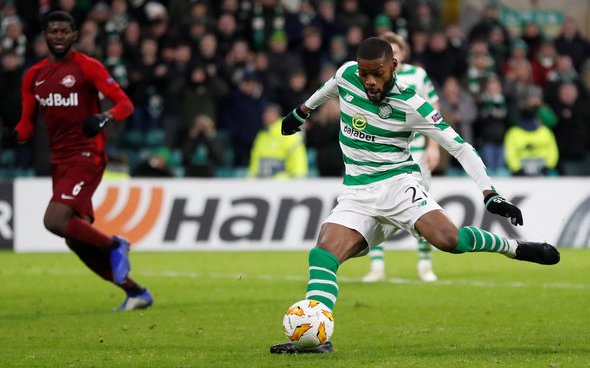 Celtic fans on Twitter have been responding to the latest news to emerge from the Parkhead club.

This comes after the official Celtic Twitter account shared a post revealing that Oliver Ntcham’s contract at the club has come to an end and will be leaving the Bhoys.

This post then quickly grabbed the attention of a lot of Hoops supporters, who were not shy in airing their thoughts on this latest news.

So, what did these Celtic fans have to say in response to this news of Ntcham’s departure?

“The most gifted midfield player at the club with the worst attitude. £4.5m + wages guy is an embarrassment.”

“Unbelievable we couldn’t get a penny for him, good talent but another one with a stinking attitude”

“This is some shocking business by the club!”

“Confirmed. Another player left with no sign of anyone else coming in. Shambles.”

Looking at the replies to this post from the club’s official Twitter account, it seems as though these Celtic fans are unhappy with the club’s decision.

Are you disappointed to see Ntcham leave?

In our view, given how Celtic reportedly turned down a bid of more than £13 million for Ntcham back in 2018 from FC Porto, it’s a shame that they were not able to cash in on him this summer, where they could have picked up a fee that would have helped the club replace him or sign players in other positions, as manager Ange Postecoglou has suggested still needs to happen.