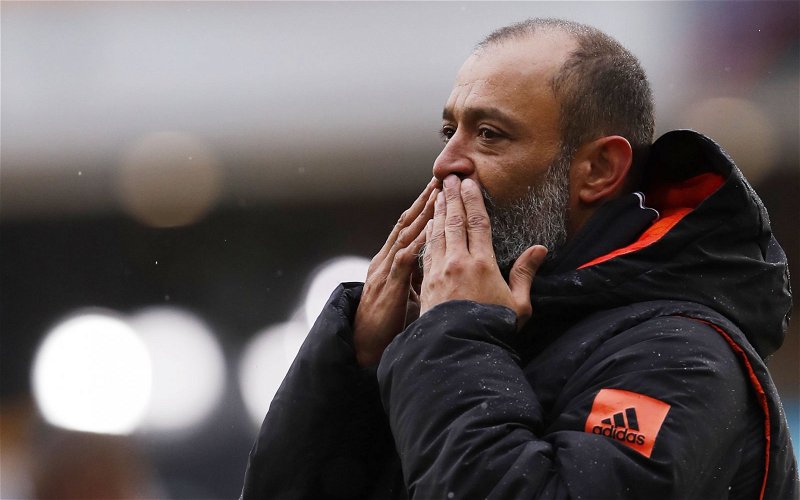 On the latest edition of The View From The Lane podcast, Charlie Eccleshare has been speaking about Nuno Espirito Santo’s short time in charge of Tottenham Hotspur.

The Portuguese manager got off to the perfect start as Spurs boss in the Premier League on the weekend with a 1-0 victory over Manchester City.

Have you been impressed by Nuno at Spurs?

However, in the first leg of their Europa Conference League Qualifier, Espirito Santo’s side tasted defeat in his homeland of Portugal against Pacos de Ferreira on Thursday.

The new Spurs boss received a welcome reception at his first game in front of a full-capacity Tottenham Hotspur Stadium and Eccleshare had the following to say on how the players have taken to him:

“Very positive, very positive, from what I’ve heard. As you say, things change when results aren’t good. But the impression I get is that – and I alluded to this in the big piece I did on Nuno – he does all his work pretty much with the players on the training ground.

“That’s where he comes alive. That’s where the players hear from him. He’s pretty distant otherwise, you know, he’s not someone who’s going to be laughing and joking with him in the canteen. But I don’t think that really matters as long as the training is good and the results are good. And the players enjoy his training sessions.”

The victory on the opening day against the reigning champions will have come as a welcome surprise to many Spurs fans who may not have expected such an impressive display from their side. However, there are still some issues that seem like they need resolving behind the scenes.

Tanguy Ndombele’s future is up in the air with the Frenchman reportedly looking for the exit door this summer, although we are unsure of who would be in the market for him this summer which could leave the new manager with an issue to resolve.

The Frenchman has had his attitude questioned by Jose Mourinho and it seems Espirito Santo could well be facing the same problem with the 24-year-old not playing a single minute under Espirito Santo.

One thing which Spurs fans may take comfort from is it appears their new manager will not allow players to feature if their heads are not fully focused on the job at hand.