Sky Sports reporter Michael Bridge believes Oliver Skipp will be handed opportunities to impress by new Tottenham Hotspur head coach Nuno Espirito Santo, who has reportedly been impressed with what he has seen from the midfielder.

Skipp has returned to Spurs following a successful season-long loan at Norwich City.

The central midfielder, 20, made 47 appearances for Daniel Farke’s side and played a pivotal role as the Canaries sealed their return to the Premier League by winning the Championship title last term.

Is Oliver Skipp good enough to be a regular starter for Spurs? 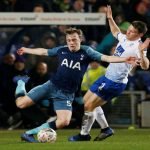 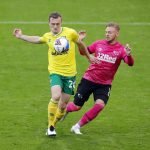 Although new Spurs head coach Nuno – who was appointed as Jose Mourinho’s successor following an arduous managerial hunt in June – has been unable to bolster his central midfield options in the transfer market, Harry Winks is keen to leave the club.

The 25-year-old only made nine Premier League starts last season and is looking to move on in search of regular action.

Aston Villa have reportedly been monitoring the situation throughout the summer and Bridge feels Skipp could enjoy a breakthrough season at the Tottenham Hotspur Stadium if Winks exits.

He told TIF: “He was a bit of a cult hero at Norwich and they wanted to keep him, but Spurs have no intention of loaning him back for a second season.

“He has bulked up a lot more and does he take Winks’ spot as the third choice central midfielder? It’s good that Spurs have someone homegrown to come in.

“There are a lot of games coming thick and fast, so I’m sure he will play a part. It’s great that his loan has worked out for the benefit of Norwich, who won the Championship, and Spurs.”