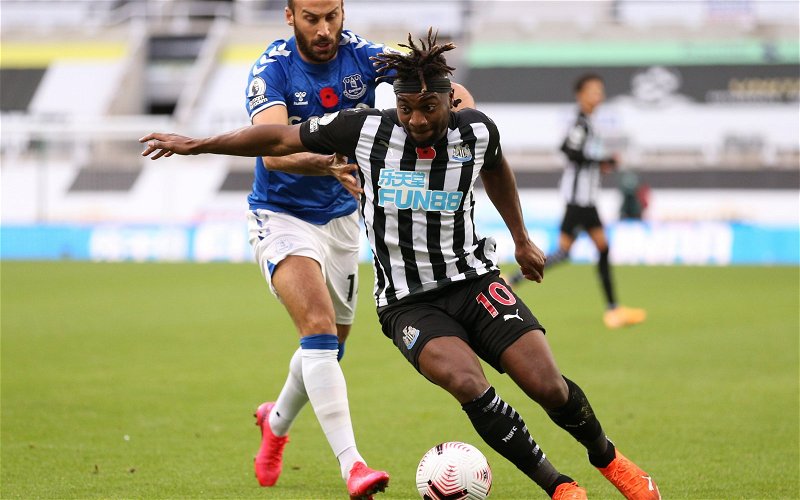 The Newcastle United fanbase appeared to be split on Twitter over Steve Bruce’s latest comments regarding Allan Saint-Maximin’s future.

Bruce was asked on Saturday about the future of Saint-Maximin, with reports suggesting he could be off to Everton this summer, but the manager said (as per Lee Ryder): “100%, I will say we’re keeping him.”

Are you confident Saint-Maximin will stay at Newcastle this summer?

Saint-Maximin featured in the second half of Newcastle’s final pre-season game against Norwich City. With the scores level at the interval, the Toon went on to put three past the Canaries, with the winger reportedly causing havoc.

A lot of Newcastle fans seemed to be unsure on Twitter over how much they trust Bruce’s comments.

“Only bit of good news we’ve had this window’

It hasn’t been a smooth pre-season for Saint-Maximin, after he missed two of the club’s five friendlies this summer through illness, having otherwise escaped a repeat of the muscular injuries that plagued him throughout the previous two campaigns.

The winger has previously spoken to Stadium Astro (via Chronicle Live) about not wanting to be in another relegation battle and wants to see the club improve, so the potential arrival of Joe Willock may go a long way to please Newcastle’s tricky winger.