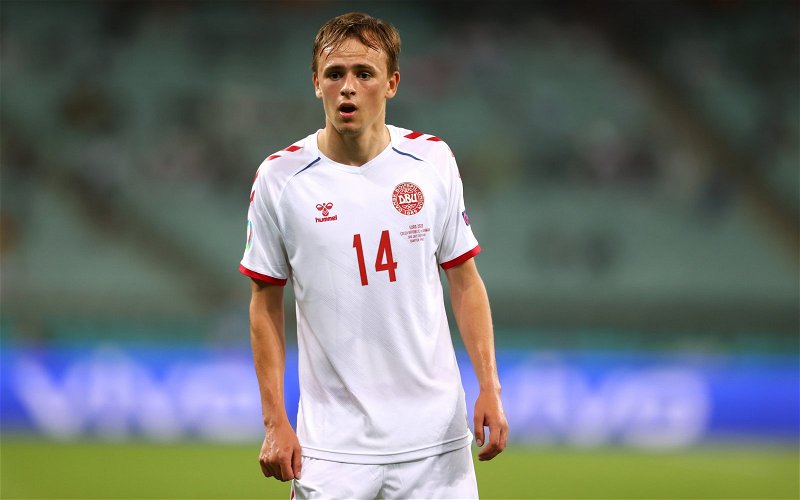 Sky Sports reporter Michael Bridge has told This is Futbol that Tottenham admire Mikkel Damsgaard – but a deal to bring the Dane to north London is unlikely.

With Tanguy Ndombele and Giovani Lo Celso still struggling to hit the heights or justify their huge transfer fees, Nuno Espirito Santo could do with another creative player.

Tottenham still have Dele Alli at their disposal, but the 25-year-old isn’t a traditional modern-day number ten, and hasn’t been at his best for some time.

According to the Evening Standard, Damsgaard, who caught the eye at the Euro’s, scoring twice, including a superb free-kick against England in the semi-finals, is on Santo’s shopping-list this summer.

However, Damsgaard has reportedly available for €50m, which would most likely be out of Spurs’ price range.

And Bridge told This is Futbol that Santo has other priorities before the window closes, and played down Tottenham’s chances of signing the 21-year-old star:

“That would be great. He’s someone Spurs admire, know and like.

“But I would look at anyone like Damsgaard or a creator as a bonus, which I think’s a shame because Spurs really need someone who can put their foot on the ball.”