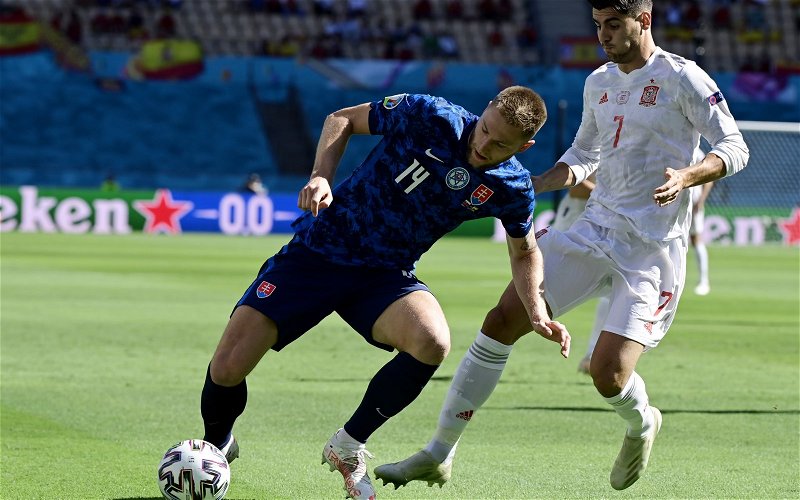 Romero became Nuno Espirito Santo’s first major signing when he joined in a £46.7m deal from Serie A side Atalanta earlier this month.

However, Tottenham still have the likes of Eric Dier and Davinson Sanchez in their squad, meaning another central defender is desperately needed ahead of the new campaign.

Wolves duo Willy Boly and Conor Coady have both been mentioned, but Roberts thinks the Slovakian, who impressed at Euro 2020, would form an excellent partnership with Romero.

Skriniar was strongly linked with Tottenham 12 months ago, according to Sky Sports, but Spurs were unable to agree a fee with Inter, meaning the defender stayed the Italian giants, whilst Jose Mourinho opted to sign Joe Rodon instead.

When asked who his number one centre-back target in the remaining three weeks of the window is, Roberts exclusively told This is Futbol:

“I’d like to get Skriniar and get him playing with Romero. Those two would be brilliant because they know how to defend, take no prisoners, they’ve been in a tough league and know how to keep clean sheets.”