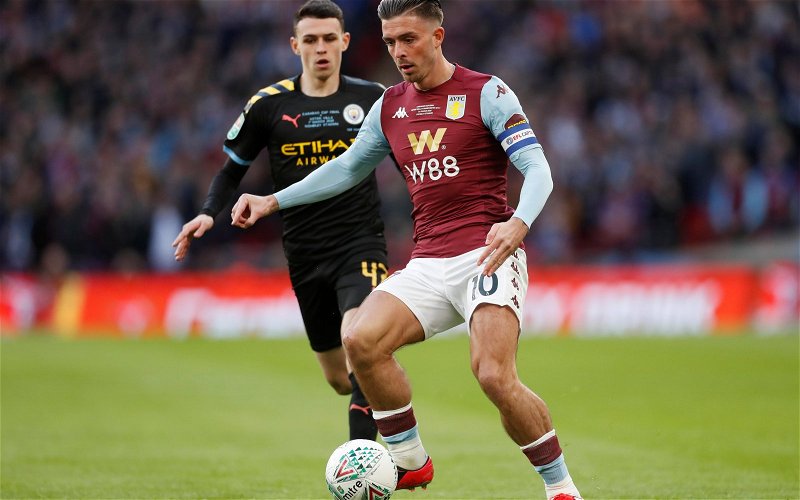 The Athletic’s Sam Lee has made a prediction on what position Jack Grealish could play for Manchester City at the start of this season.

For their first game of the 2021/22 Premier League season, Manchester City face a trip to Tottenham Hotspur.

Having signed Jack Grealish for £100m this summer, City fans will likely be hoping to see the Englishman feature against Spurs.

Having come off the bench in City’s Community Shield loss against Leicester City, Grealish may be ready to make a first start for his new club.

While speaking on the Why Always Us? podcast, Lee began by explaining where the former Aston Villa man prefers to play, saying: “It turns out, Grealish, he likes playing in the middle, you know, he thinks it’s his favourite position.”

He then explained where he could play against Spurs for City’s first league game of the season: “So it’s going to be as a number eight, really. I’m sure he’ll play on the left at times, maybe even at Spurs on Saturday.

“But I wouldn’t be surprised if Sterling played, just because he’s one of those guys that always seems to be fit and ready to go.

“He [Grealish] will play on the left at times, of course he will. We already saw that at Wembley at the weekend. But I think the main thing, long-term, is he’s going to be played as that left-sided number eight.”

Facing Tottenham on an opening day could represent the opportunity for Grealish to get his first start. With Raheem Sterling yet to be confirmed as fit, there is a chance Grealish could play on the wing.

As Lee explains, Grealish would prefer to play more centrally and with both Kevin De Bruyne and Phil Foden out injured, his chance could come sooner rather than later.

Beyond that storyline, lots of eyes will be focused on Harry Kane, who of course could be joining City in the near future. Whatever happens, it looks like there will be plenty to talk about with regards to the opening day of the new Premier League season.