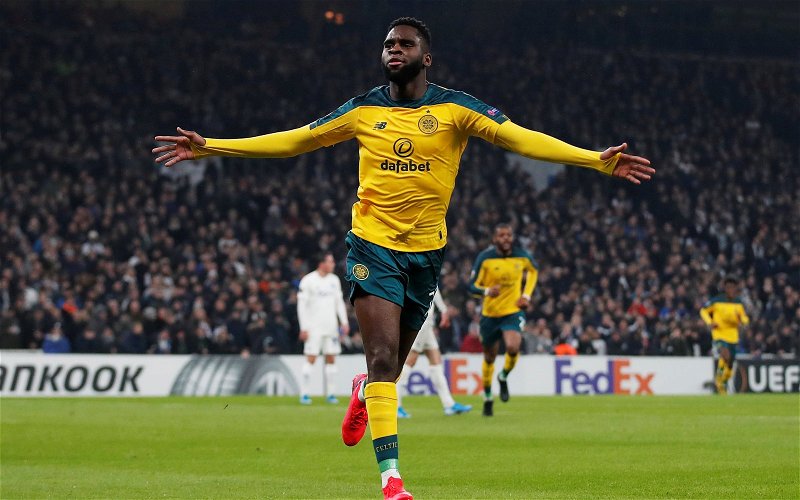 Football journalist Ryan Taylor has been sharing some details on the possibility of Crystal Palace signing Celtic striker Odsonne Edouard this summer.

This comes after Taylor made an appearance on a, where he spoke about a range of transfer-related topics concerning a variety of Premier League clubs.

Taylor had recently claimed in the Daily Express that Crystal Palace is thought to be the Frenchman’s ‘most likely destination’ if he was to leave Celtic before the transfer deadline.

Speaking in a recent video from the Mirror Football YouTube channel on the subject of Palace and the possibility of them signing Edouard, Taylor elaborated on the matter.

He said: “Now, I know for a fact that if he’s to leave Celtic this summer, which is sort of up in the air, Palace are probably one of the most likely suitors, because the likes of Leicester, West Ham, Brighton have all had the chance to sign him and they’re not interested.

“The deal is effectively there to be done for Palace if they want it.”

So far during the current summer transfer window, Patrick Vieira’s side have signed players such as Marc Guehi, Joachim Andersen and Michael Olise among others, but have not signed a striker at this point.

Given how Palace only managed to score 41 goals in the Premier League last season and how Edouard has managed to rack up a total of 86 goals in 177 appearances for Celtic, it would make sense for the Eagles to make a move to sign the Frenchman this summer to add some attacking strength to their squad, especially since they are yet to score a league goal this season.

Do you think Palace should sign Edouard this summer?

In our view, if there is a potential deal to be done for Edouard, who is currently valued at £15.3 million according to Transfermarkt, then they should definitely try and sign the striker if they feel he could be a valuable member of their squad for the future.