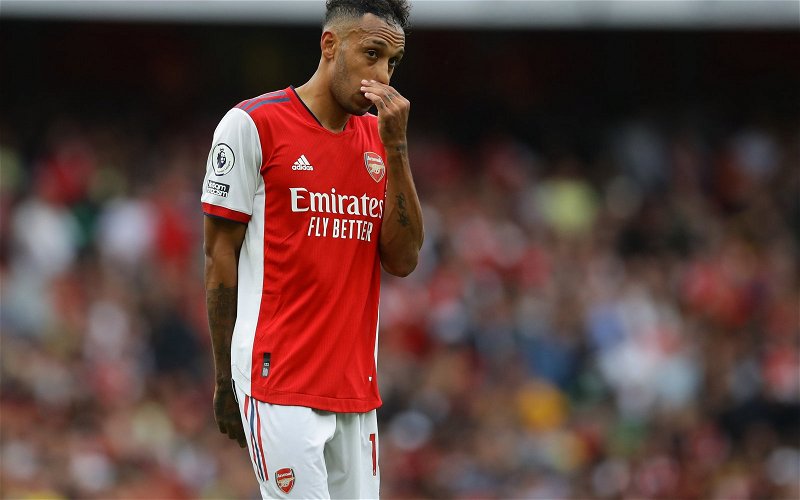 The Gabonese striker signed a new long-term contract at the Emirates 12 months ago, only weeks after his brace secured the Gunners 14th FA Cup win against Chelsea.

But since penning his new deal, Aubameyang has been unable to show the goalscoring form that made him one of the most lethal frontmen in European football – scoring just 10 times in the Premier League, his worst league return for exactly 10 years.

Would you like to see Arsenal swap Aubameyang for Coutinho?

But Aubameyang’s campaign didn’t come without his difficulties after spending time out after contracting malaria, which came after he was forced to return home to take care of his mother, who was dealing with health problems.

His problems have continued at the beginning of this season, with Aubameyang missing the opening-day meeting against Brentford with COVID-19, which led to him only being a substitute against Chelsea.

Despite his struggles, according to Sky Sports, the £22.5m-rated striker is wanted by Barcelona, who are desperately trying to fill the void left by Lionel Messi.

But Windass told This is Futbol that the Gunners should persist with their skipper:

“Aubameyang might be the ticket for Arsenal this year. He’s the captain, yeah, he let the club down last year, but we’ve all made mistakes and that’s gone now.

“They would be very silly if they sold him.”