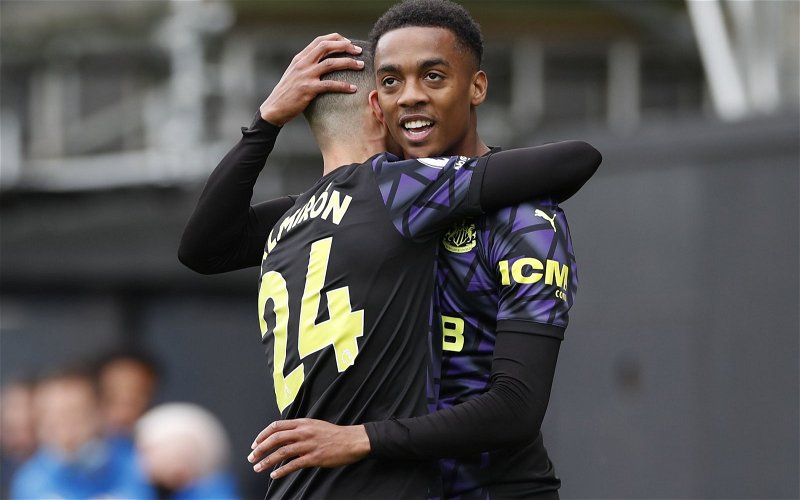 Willock has penned a six-year deal after completing a £20million switch from Premier League rivals Arsenal.

The midfielder, who Transfermarkt value at £14.4m, spent the second half of last season on loan at St James’ Park and produced the best form of his career, scoring eight goals in 14 appearances.

Willock also became the first player since Alan Shearer to score in seven consecutive top flight fixtures during his temporary stint on Tyneside.

That impressive run came to an end when the 22-year-old was thrown straight into boss Steve Bruce’s starting line-up for the trip to Aston Villa last weekend.

Bruce had made it clear that he saw Willock as his top transfer target during the window.

Kennedy believes the pressure is on for Willock to deliver consistently eye-catching performances after completing a permanent switch to Newcastle.

He told TIF: “I think, for £20million, you’re expecting somebody to perform week in, week out.

“When Joe Willock initially came to Newcastle, his consistency wasn’t there and his quality levels dropped massively. When the team wasn’t playing well, he went missing.

“But he’s a 21-year-old lad and there’s a lot of development still to do.”