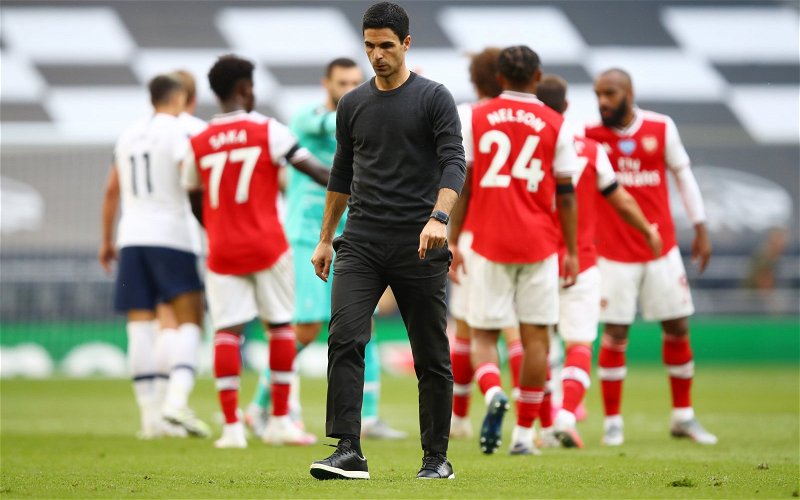 Sky Sports journalist Oliver Yew has been sharing his thoughts on Arsenal manager Mikel Arteta and his current situation at the north London club.

This comes after Yew made an appearance on a recent edition of The Sky Sports Football Podcast where he discussed a range of topics concerning a number of clubs in the Premier League.

On the subject of Arteta, his current situation at Arsenal, and what the future could hold for him, Yew had this to say on the matter.

He said: “Once we get through the end of this transfer window and then the international break, Arteta will have his team back and that is where they then need to be judged.

“This could be a new manager’s team. There is going to be pain and Arteta is the one in charge, and ultimately, that could end his tenure at Arsenal, and then it could be a new man that benefits from these changes.

“But you can’t hide the disappointment. It is going to be a tough campaign, but I think it was expected.”

Given how Arteta and Arsenal have had a fairly disappointing start to their 2021/22 Premier League campaign with two consecutive 2-0 defeats against Brentford and Chelsea, it’s easy to see why Arteta’s situation and his future in charge of the Gunners has been brought into question.

In defence of the Arsenal boss, they have had to deal with some injury and illness concerns with some of their players such as Thomas Partey, Gabriel, Ben White, Alexandre Lacazette and Eddie Nketiah, which is not ideal.

In our view, while it has been a rather dismal start to the season for the Gunners, the fact that it is still early in the campaign says to us that Arteta does still have time to get their season on track, as long as he is given the time to do so.

However, with Arsenal set to take on Manchester City at the weekend, who have won five out of their six previous meetings against the Gunners across all competitions, it’s safe to say that it would take a lot from the Arsenal players to get their first win of the season at the weekend.